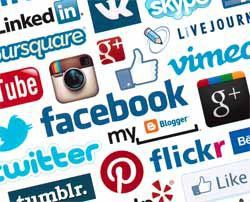 The most profitable companies in the world now recognize the power of the social media. According to a report released by the University of Massachusetts Dartmouth, most firms in the list of Fortune 500 by Fortune Magazine now have social media presence through their respective accounts in popular social networking sites like Twitter, Facebook, YouTube, Instagram, Google +, Pinterest, and Foursquare.

It is also interesting to note that some other social networking sites are used by several companies in the Fortune 500 list. According to the same study, 45% of those firms are active Pinterest users, 44% use Foursquare, 44% keep Instagram accounts, and 35% use Google +.

The information is expected to provide more insights into e-commerce’s future. Such companies provide a peek into the current social media trends that are observed by the most successful businesses in the US.

It did not surprise anyone that Facebook Inc itself drew millions of followers in both the top two social networking sites. The company, which ranks No. 482 on the list of Fortune 500, has over 8.5 million followers on Twitter. In its own network, Facebook has around 92 million fans worldwide.

The companies with the most number of followers on Twitter include Starbucks, Google, and Whole Foods. In Facebook, the top users include Starbucks, Walt Disney, and Coca-Cola. It does not surprise that Starbucks is popular within the two social networks because of its active marketing plots.

Many Fortune 500 firms have also realized the power of blogging, which was popular before social networking sites made waves. So far this year, more than 34% of those profitable companies keep their own blogs. To date, up to 171 of those companies are into blogging, including two of the top five companies in the list like Exxon and Walmart.

According to analysts, modern companies are grabbing opportunities to engage with their customers, partners, and vendors through the social media. As those firms increase the use of tools and the number of their followers, they obviously and logically intend to make very powerful connections.