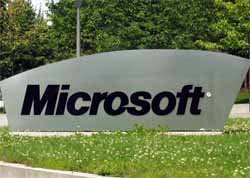 Microsoft Corp. (NASDAQ:MSFT) [stockdata ticker=”MSFT”] committed a big blunder last year by trying to bridge the gap between PCs and tablets with Windows 8. The Seattle-based company received widespread criticism from users and critics alike. Instead of one interface, users had to juggle between the traditional keyboard-and-mouse desktop view and the new touchscreen interface to perform different tasks. It made even the simplest steps complicated. Without the Start button, Windows 8 became the biggest technical mess for people who didn’t have a touchscreen PC.

Windows 8.1 is Microsoft Corp. (NASDAQ:MSFT)’s attempt to appease users. The current Windows 8 owners can download it for free starting 7 a.m. Thursday (New York Time). It also addresses both worlds, the touch-enabled interface and the old desktop mode. Based on the customer feedback (or criticism) since last year, Microsoft Corp. (NASDAQ:MSFT) [stockdata ticker=”MSFT”] has restored some respect for the traditional desktop and added some new shortcuts and features for touch-based apps.

Let’s have a look at the changed incorporated in the new Windows 8.1. Well, the Start button is back, but in a slightly different way. A tap on the Start will take you to the touch-enabled interface, but you have to long press to go to important settings such as Control Panel.

Using the onscreen keyboard, users can now type punctuation marks and numbers by swiping away certain keys, removing the headache of juggling between the alphabetic and numeric layouts. Then there are gesture-enabled apps. Users can simply waive in the air before the front camera to get a response.

Windows 8.1 allows users to access the apps in a much easier way by swiping up the Start screen. Another annoying feature has been eliminated. Now the apps will update in the background automatically, eliminating the consistent and annoying reminders to visit the Windows app store and update a particular app.

The updated version is likely to help multi-taskers because it can run up to four apps side by side simultaneously. However, you need a large monitor to perform that well. Among other features, Microsoft Corp. (NASDAQ:MSFT) has also improved the search feature, browsing, email update and picture editing.

Overall, Windows 8.1 has some really nice improved features. So, it’s worth an upgrade, especially because it’s free. Microsoft Corp. (NASDAQ:MSFT) [stockdata ticker=”MSFT”] has provided multiple ways to do the same thing. This is what the original Windows 8 should have been.