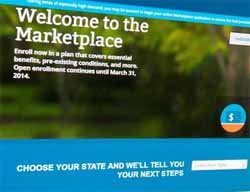 Matt Drudge has stirred up a firestorm that suggests many in the media have little to no idea how tax law works for small business owners after he announced on the Drudge Report that he just paid his Obamacare penalty tax.

Last week, Drudge tweeted “Just paid the Obamacare penalty for not ‘getting covered’… I’M CALLING IT A LIBERTY TAX.”

Drudge is referring to the provision in Obamacare that requires every American to have health care insurance that meets the government’s approval regarding benefits they must have. Among these are maternity care for men and older Americans who are beyond their child bearing years.

Recognizing the political lightning rod of passing a law that contained the largest tax increase in American history, Democrats and the administration attempted to argue the penalty was a fee. However during arguments at the Supreme Court, the government, in an attempt to get the justices to uphold the law, then argued it was a tax, which Congress has complete discretion to pass. The justices agreed with this argument when they upheld the law, which means the federal government now has the power to tax Americans for not buying any product it chooses.

Immediately following the tweet, the White House went into panic mode, recognizing the influence Drudge has.

Jesse Lee, the Director of Progressive Media at the Obama White House responded that Drudge’s claim that he had paid the tax was a “Flat lie, no fee for the previous year,” and “Scary how much influence he once had.”

Lee’s statement about Drudge no longer having influence is inaccurate, as the site is the top rated news site on the Internet and is read by millions of viewers.

Liberal media outlets also jumped to Obama’s defense over the Obamacare tax, with Dylan Scott at TPM writing a story saying that Drudge was “probably lying.”

“Americans don’t pay a penalty for not having health insurance until they file their 2014 taxes — in 2015,” Scott wrote. “So either Drudge is lying or he paid a huge penalty a year earlier than he needed to.”

Other liberal writers from media outlets, including the Huffington Post, echoed the same line that the tax does not kick in until this year, and therefore is not due until a person file’s next year’s tax returns in 2015.

However, their attacks on Drudge reveals how little administration officials and members of the media understand about how the massive health care law that will affect many small businesses.

While those who receive a paycheck are now paying their taxes for last year, those who file as a sole proprietorship and are self-employed must pay quarterly taxes during the given tax year to the IRS.

Indeed, the IRS’s own website backs up Drudge’s statement that he would need to pay the Obamacare tax upfront during this year.

“As a self-employed individual, generally you are required to file an annual return and pay estimated tax quarterly,” the IRS website reads.

This means that when Drudge calculates his quarterly taxes he must pay to the IRS, part of that amount must be the Obamacare tax penalty as it currently exists.

As many more small businesses are required to make these types of payments, it could cause a further drag on hiring because of the extra money they are now being forced to pay to the government at a time when they are struggling to just get by.