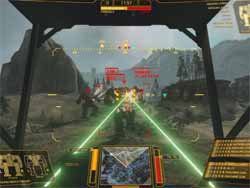 ‘MechWarrior Online’ can be considered as a video game promoting war and violence but it has proven that it can also be compassionate, especially to its compatriots. Piranha Games and Infinite Games, the makers of the action-filled videogame, have decided to pay tribute to one of the game’s youngest and most loyal players.

Last May, Sarah Marie Alida Parries from Vancouver, British Columbia succumbed to her hardly fought battle against inoperable brain cancer. She was just 5 years old. When she was still alive, she would always play pilot virtually to a ‘Jenner,’ a powerful war machine called ‘Mech,’ with her father. Despite her young age, she often beat much older opponents online.

The special war machine would be available until August 20. As of July 26, it has generated over $54,000 from sales. The game’s developers recently announced that all proceeds from the sale would directly be donated to the Canadian Cancer Society. Proceeds from that sale are posted in a running tally found on the game’s site. Non-players are also invited to donate but directly to their chosen local cancer organizations.

Piranha Games and Infinite Games worked closely with Sara’s family during planning and development of ‘Sarah’s Jenner.’ It was then that they realized why Sarah loved the Jenner: the chassis moves fast, locks on, and facilitates night vision.

The virtual war craft comes with a personalized and creatively designed exterior to further indicate Sarah’s influence on it. Its exterior features images of a rainbow, a pony, and a teddy bear. There is also the pink peace symbol.

‘MechWarrior Online’ lets players take control of very powerful fighting crafts called ‘Mechs.’ Those machines are intended to fight each other to dominate the battlefield. Since it was launched in September 2012, it has so far generated over 1.1 million registered pilots.