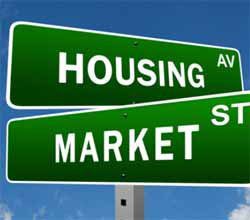 Despite years of speculation of a shift in housing as baby boomers retire, most seem unlikely to downsize their home in the near future, according to a new report from Fannie Mae.

Around 10,000 baby boomers reach retirement every day. As baby boomers leave the workforce, their decisions will have a big impact on the market. While one popular theory suggests baby boomers will retire and become empty nesters, increasingly choosing to downsize their home, it seems more boomers will choose to stay in their home for the time being.

Last week, Fannie Mae released a report called “Are Aging Baby Boomers Abandoning the Single-Family Nest?” The report is meant as a starting point to examine how baby boomers will impact the transfer of housing wealth to the next generation. Pessimists have feared that this transfer of wealth will trigger a new collapse in housing markets by creating too great a supply.

One plausible reason baby boomers have not downsized is home values have declined over the last decade. The typical owner-occupied single-family home owned by  baby boomer decreased in value by 13% between 2006 and 2012. This means that many baby boomers are in negative equity, which makes it a challenge to sell the home and downsize or move.

“Declining home values and the recession-scarred economy have suppressed boomers’ residential mobility, thus slowing the rate at which they can adjust their housing consumption,” said the report.

While moving has been delayed, aging baby boomers will eventually need to leave their homes, rather by choice or due to declining health.

Meanwhile, a new report by Wakefield Research for Better Homes & Gardens Real Estate found that baby boomers are making themselves more comfortable in their home with remodeling and refurnishing. 70% expect the home they retire in to be the best home they have ever had. This study found that 30% of baby boomers plan to move to a new home during retirement.