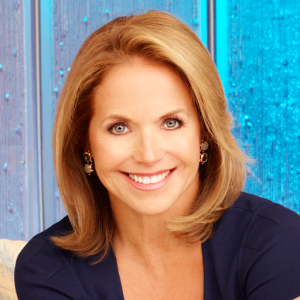 Television journalist Katie Couric narrates a newly released film identifying sugar as the main culprit for the majority of health problems in the United States. The documentary, created by the makers of “An Inconvenient Truth,” compares the food industry to the tobacco industry and encourages Americans to push for reforms.

With the slogan “Congress Says Pizza Is a Vegetable” on one of its posters, Fed Up focuses on the fate of America’s children as they deal with an epidemic of obesity related diseases. According to the film, the current generation of children is expected to have a shorter lifespan than their parents.

There are varied reviews on this film despite the popularity of its narrator. Both Rolling Stone magazine and Roger Ebert gave it critical reviews, while still calling it ‘a movie that matters’ and is ‘compelling’. Many critics rate the documentary high however because of the subject matter.

Fed Up attempts to address many of the issues surrounding America’s obesity epidemic, including programs aimed at increasing activity, corn syrup regulation, soda consumption, diet food, and sugar substitutes. Additionally it ties the obesity problem to a failure in government regulation and encourages Americans to push for change.

For many Americans, Fed Up introduces a concept that is new to them- the idea that obesity could be caused by excessive sugar intake. The federal government defines obesity as having too much body fat that occurs when too many calories are consumed. They then suggest that children eat healthy by simple activities such as eating breakfast, and eating less fast food.

Cereals are a recommended breakfast food for children, even though they often contain high amounts of sugar.

There are currently no direct recommendations by the government to reduce sugar as a method of preventing obesity.

Fed Up was first shown at the Sundance Film Festival, and opened in Box Offices May 9, 2014. It is produced by Laurie David and directed by Stephanie Soechtig.