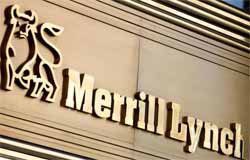 A judge has denied a request to dismiss a lawsuit against Bank of America Corporation’s Merrill Lynch unit by two trusts. Merrill Lynch must face at lawsuit that was filed by the two trusts, which hold and administer mortgages for investors. The trusts indicate there was $1 billion worth of securities that were collateralized by the loans.

The two trusts filed the lawsuit in New York State Supreme Court in Manhattan last December. The suit is asking that Merrill Lynch Mortgage Lending Inc. buy the loans back. The trusts have made the allegation in the suit that the loans did not meet the representations and warranties about the qualities and characteristics.

Back in 2006, Merrill purchased about 6,000 mortgages which had an original principal balance that had totaled more than $1.1 billion. The purchase was from a third-party loan originator, known as ResMAE Mortgage Corp. and then turned those loans into tradable securities that were sold to investors, the complaint alleges.

ResMAE ended up filing bankruptcy during February 2007. The trusts then pursued claims through LaSalle Bank against ResMAE while it was in bankruptcy, demanding it buy back the loans that had borrowers who missed the first or second payments or borrowers who had failed to provide other compensation, the complaint states. In July 2008, LaSalle settled those claims on behalf of five of Merrill’s sponsored trusts, including the two plaintiffs listed in this particular lawsuit.

According to the two trusts, Merrill Lynch is obligated to buy the loans back because the representations and warranties were breached by ResMAE, which is no longer able to meet the obligations that were specified in the contract because it was liquidated by the bankruptcy proceedings. A request was made by Merrill to the judge, Justice Melvin Schweitzer, to dismiss the lawsuit, saying it would not be responsible for ResMAE breaches.

In a Sept. 10 ruling, which was later made public, Schweitzer denied the motion to dismiss. He noted that Merrill has guaranteed the obligations of ResMAE through a transfer agreement and can therefore be held responsible if there was a breach of the agreement.

“The force of the trusts’ arguments subordinates Merrill’s unreasonable positions, however cleverly put they may be,” Schweitzer said.

After Schweitzer’s ruling against Merrill’s dismissal request, the case will go on as usual. Many eyes are focused on this lawsuit and its outcome as it could actually set precedence for other cases.