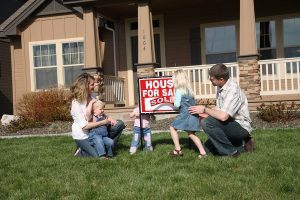 Family in front of New Home

The housing crisis in the United States was a complete disaster on both macroeconomic and
microeconomic levels. On a personal level, many households were completely devastated by the
housing crash. In fact, 7.3M Americans lost their homes through foreclosure or forced short sales.
That’s how painful the housing fiasco was on a personal level.

While the housing market has shown signs of coming back to life thanks to the jobs recovery, many
analysts are puzzled as to why the housing market hasn’t completely roared back. In fact, according to
the latest figures, the sale of existing homes has fallen on a year over year basis. All told, there is
quite a bit of uncertainty as to the overall health of the American housing market.

Some analysts, however, are taking a different tack. They are saying that a lot of that demand would
come back as the 7.3M people who were negatively impacted by the foreclosure wave that hit the
market might find their way back to owning a home. This may seem quite unlikely. A lot of these
individuals had their credit ruined and many of these were actually forgiven by banks. This is not
exactly the first group of people you would look to lend to. Still, enough of this pool of potential
home buyers might enter the market, one way or the other, and this might exert an upward
pressure on home prices in the United States. This is a very interesting scenario because it requires
one additional assumption. We have to assume that the current positive trend in job growth will
continue. That is a big assumption to make considering that the global economy as a whole is showing
signs of slowing down.

Regardless, the real estate market is definitely worth keeping an eye on if this effect does pan out.
Expect some solid games in previously cold or dead markets. That’s probably where the best games
are to be made as far as home speculation is concerned.