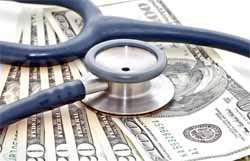 While the administration gloated over reaching its goal of 7 million enrollees in Obamacare, according to the Los Angeles Times, the reason has nothing to do with people being excited about the president’s health care law, but instead is simply a fear of having to face the tax for not buying insurance.

The Times reported that while officials cited the high desire for health insurance as the reason for the last minute surge, interviews they conducted with those waiting in line to sign up did so more out of a desire to avoid paying the tax for being uninsured.

Under Obamacare, individuals are required to purchase health insurance that meets the administration’s standards even if they don’t need it or they will face a penalty that will substantially increase in future years. However, for the first year the penalty is $90 or 1% of a person’s adjusted gross income, whichever is higher.

While Democrats have attempted to call it a penalty to avoid the word tax, the Supreme Court in upholding the constitutionality of the law referred to the requirement to purchase insurance as being a tax, and therefore was constitutional under the power given to Congress to tax. The Obamacare tax effectively means Democrats unilaterally passed one of the largest middle class tax increases in American history.

The Times reported that Chris Roca, 23, was waiting in line for more than three hours just to enroll in a plan during a sign-up event in Panorama City, but despite his long wait, he didn’t believe he would see much value from his plan.

“I’m just happy I don’t have to pay the penalty,” he said.

The Times also noted that their officials were not talking much about the penalty until the deadline was fast approaching. They also cited the case of College student Hector Escobar who didn’t know about the deadline but he was aware of the penalty and that was why he signed up.

The numbers in California played a major part in the president achieving his goal, with over 1.2 million people signing up for Covered California, the state’s insurance exchange. In addition, another 1.5 million Californians are expected to qualify for free health care under Medi-Cal, the state’s version of the Medicaid program.

The tax has prompted critics to say reaching the goal of 7 million is actually not an impressive number at all when considering that the government had to force people to buy the product to obtain those numbers.