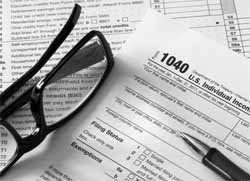 The IRS quietly announced proposed new rules over the Thanksgiving weekend that will put even more burdens on conservative groups attempting to educate voters during an election season.

Earlier this year it was revealed that the IRS was singling out conservative and tea party groups for special scrutiny. Frequently, their applications for tax exempt status would take years to process, compared to days or months for progressive groups. The agency at first said it was just the result of a pair of low-ranking agents in Cincinnati who were operating outside the scope of their authority.

However, as more evidence came to light, it was discovered the issue was known and apparently approved of by high ranking IRS leaders. Congress is continuing to investigate the targeting of conservative groups, however, despite such intense scrutiny, the agency appears to not be backing down from its targeting, despite claims to the contrary.

Over the Thanksgiving holiday weekend, during a slow news cycle where few people were paying attention to what the federal government was doing, the IRS quietly and without much fanfare released proposed new regulations that would increase pressure on conservative groups.

The issue involves a 54 year old rule in the tax code that says an organization can qualify as a social welfare organization and obtain 501 (c) (4) status if “it is primarily engaged in promoting in some way the common good and general welfare of the people of the community.” The designation permits the organizations to not have to disclose their donors.

For decades, events such as voter education were allowed to be a part of a group’s social welfare mission since it was not endorsing a specific candidate.

However, the Washington Post reports that under the new IRS regulation “campaign-related political activity” is not allowed to be part of a group’s mission for purpose of qualifying under the tax code.

Rep.Darrell Issa, (R-Ca.) who has been spearheading the investigation into the agency’s targeting practices called the proposed rule a “crass political effort by the Administration to get what political advantage they can, when they can.”

In a statement released by Issa’s office, he noted that the rule was plainly an attempt to muzzle groups opposed by the president, while giving a free reign to labor unions and business groups, and that the agency appears to continue its policy of singling out conservative groups.