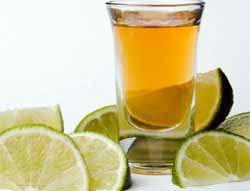 American Chemical Society (ACS) released a study last Sunday that suggests there may be a natural sweetener that can reverse type 2 diabetes and aid in weight loss.The report named, “Agavins as Potential Novel Sweeteners for Obese and Diabetic People,” found that during a study with lab mice, the main ingredient found in tequila – agavins –  was able to lower insulin levels in those with diabetes and shrink the waistlines of overweight mice.

The study suggests that the reason for such drastic health improvements was because unlike glucose, fructose, and sucrose, agavins are fibrous and can’t be absorbed by the body. For this reason it also helps to lower blood sugar levels instead of raising it.

According to Mercedes G. Lopez, a researcher at the Centro de Investigacion y de Estudios Avanzados, Biotechnology and Biochemistry Irapuato, in Guanajuato, Mexico – agavins do this by boosting the levels of an important peptide called GLP-1 (glucagon-like peptide-1) used within the body to signal insulin production.

Because this plant is high in fiber, it serves as an effective weight management tool by making the consumer feel full faster and for longer periods of time. This leads to decreased daily caloric intake while still providing a hint of natural sweetness.

Agavins are a class of sweetener known as fructans that are comprised of long change fructoses that the body can’t use, differentiating them from agave nectar and agave syrup, where the fructoses have been broken down into their most simple form, fructose. For this reason these natural sweeteners don’t have the same benefits as agavins and can cause weight gain and other health problems when used excessively.

While the study proves to be promising over all, there is a down side, as agavins aren’t as sweet as their fructose, glucose, and sucrose “siblings” and may cause digestive issues.

However, according to a study published in Plant Foods for Human Nutrition, fructans have been recorded as increasing beneficial probiotics lactobaccilus and bifidus.

Overall, this study on agavins could prove to be good new for the 26 million Americans living with type 2 Diabetes and may thwart the obesity pandemic throughout the country. While a 2011 literature review suggests that the study of fructans is a long way off from proving to be successful at curing anything, Lopez suggests that agavins aren’t expected to be in health food stores anytime soon anyway.

Saba Taye is a journalist, copywriter/editor and social media manager. Initially she launched her career as a general assignment reporter before realizing she could combine her to passions -- wellness and writing -- to create an ideal career. Today she writes numerous articles daily for renowned online wellness publications.