Infosys Ltd (NYSE:INFY) [stockdata ticker=”INFY”] is preparing itself for new leadership as it’s about to welcome a new CEO, Vishal Sikka, next month. In a recent interview with Bloomberg, the CEO to be of Infosys talked about how he is optimistic about the future of the company. 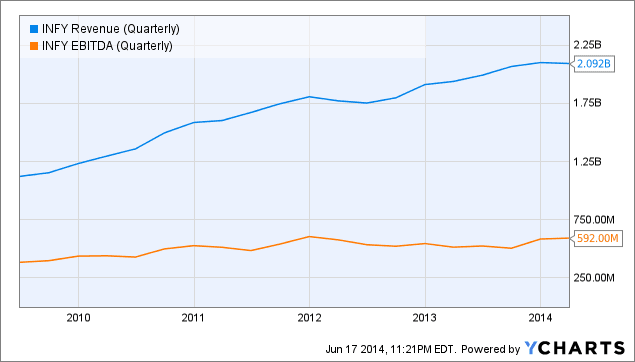 Previously, Mr. Sikka has been an executive of SAP AG (NYSE:SAP) [stockdata ticker=”SAP”]. He will succeed S.D. Shibulal. All of Infosys’s previous CEOs were the company’s founders. Mr. Sikka will be the first chief of the company who came in as an outsider.

In an answer to the question about his plans, Mr. Sikka told Bloomberg that “I think the opportunity ahead of us is an opportunity to help every industry in every walk of life, in terms of software, to deliver value to the customers, which the company is already doing. I think that there is a tremendous opportunity to help reshape the world of software with amazing new kind of applications and new kind of value that is to be brought in. Broadly speaking, it is about bringing some new additional dimensions to the business, it is about improving our existing business, but also about finding new fundamental processes that could help improve ourselves.”

Infosys has been struggling for years to deliver growth to its shareholders. Most of the senior executives have already made an exit and the company lacks innovation to capture new developing markets. During the last five years, Infosys managed to almost double is quarterly revenue base. However, in terms of profitability, the company did not perform up to the expectations. Against its 86.45 percent revenue growth, Infosysm’s EBITDA only increased by 54.17 percent in last 60 months.

Constellation Research’s founder Ray Wang commented about the new CEO of Infosys, saying “Vishal has the vision of how this can be enabled.”

“[he is] well placed at a leading global tech services firm with a unit that has platforms, products and technologies,” added Mr. Wang.

Meanwhile, hedge funds like Polaris Capital Management has increased its shares of Infosys by 27 percent. Such commitments indicate that the investment community is also optimistic about the future of Infosys.