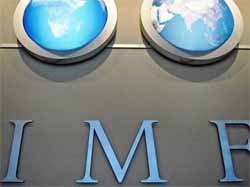 A shocking new report by the International Monetary Fund (IMF) dropped a quiet bombshell when it suggested laying a framework for how banks can go about confiscating the wealth of their account holders in an attempt to prevent the default.

The shocking information was a part of its October Fiscal Monitor Report, titled “Taxing Times,” which paints a dire picture for man’s economies with high debts similar to the United States that failed to aggressively “mobilize domestic revenue.” The report then goes on to make an argument for taking drastic measures, recommending a series of escalating income and consumption tax increases which will eventually culminate in the direct confiscation of personal assets.

The pertinent section is on page 49 of the report which says:

“The sharp deterioration of the public finances in many countries has revived interest in a “capital levy”— a one-off tax on private wealth—as an exceptional measure to restore debt sustainability. The appeal is that such a tax, if it is implemented before avoidance is possible and there is a belief that it will never be repeated, does not distort behavior (and may be seen by some as fair). … The conditions for success are strong, but also need to be weighed against the risks of the alternatives, which include repudiating public debt or inflating it away. … The tax rates needed to bring down public debt to pre-crisis levels, moreover, are sizable: reducing debt ratios to end-2007 levels would require (for a sample of 15 euro area countries) a tax rate of about 10 percent on households with positive net wealth.”

It is been a common mantra among progressives that the wealthy are not paying their fair share and that if the rich were simply taxed a little more, a majority of problems would be solved because the government would have all the revenue it needed. However, it is interesting to note that the IMF report acknowledges that even if they were to confiscate 100 percent of the assets of the wealthy, the so-called 1 percent of top earners, they still would not have enough revenue to resolve their debt problems.

In other words, the IMF is making the case for confiscating the funds of every individual with a positive net worth, which refers to individuals with retirement savings or home equity. Under the IMF’s formulation, these individuals could also have their assets taken.

It is interesting to note that even if the country were to adopt the steps the IMF notes that it would not pay off Western government’s debts or fund their budgets going forward. Instead, the confiscation would simply “restore debt sustainability.” In other words, allow countries such as America to continue unchecked spending in the bond markets until the next crisis would come along.

Democratic members of Congress have wanted the confiscation of private retirement funds as in order to help prop up the faltering Social Security system. Additionally, rather than slash spending to live with in a budget, Democrats and President Obama insisted on raising the debt limit without conditions. Democrats have also called for completely eliminating the debt limit entirely, or allowing Obama to raise the debt limit to whatever he sees fit.

If such actions were to ever have a serious potential to pass Congress, individuals would be tempted to simply transfer their wealth out of the country. The IMF has acknowledged that concern and addressed it as well, saying governments need to restrict mobility of the rich.

“Financial wealth is mobile, and so, ultimately, are people. … There may be a case for taxing different forms of wealth differently according to their mobility … Substantial progress likely requires enhanced international cooperation to make it harder for the very well-off to evade taxation by placing funds elsewhere.

“A revenue-maximizing approach to taxing the rich effectively puts a weight of zero on their well-being—contentious, to say the least. What then if some weight is indeed attached to the well-being of the richest? Figure 19 provides a way to think about the trade-off between equity and efficiency considerations in setting the top marginal rate in that case. … If one attaches less weight to those with the highest incomes, the vote would be to increase the top marginal rate.”