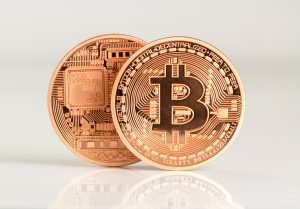 Gatecoin, a Hong Kong-based exchange, has finally launched, and it promises to protect its users’ funds. How? Segregating bank accounts for its users in 40 different countries over five continents.

Protection of this kind is common with traditional forex exchanges, but Gatecoin will be the first of its kind to offer this type of security to the cryptocurrency. How does account segregation protect user funds? Because funds are kept in separate accounts from the company’s own account, funds can be returned if a financial calamity depletes the company of all its reserves.

Gatecoin is licensed in Hong Kong as a Money Services Operator. Users can trade in HKD, USD and EUR through its platform, and the company plans to implement Ripple in the near future. Currently, Gatecoin is offering new users 15 days of free trading.

Other standard security measures are also in place, including two-factor authentication and multi-signature cold storage.

The launch of Gatecoin has been in the works for quite some time now, but the exchange officially opened for business at the Inside Bitcoins conference in Singapore on Friday. Aurélien Menant, a co-founder of the Bitcoin Association of Hong Kong, opened the exchange.

Gatecoin was initially funded by its founders, but the exchange has now received more than $150,000 from angel investors.

In addition to its exchange, the company is also working on CoinCharities, a platform that would allow charities to receive Bitcoin donations.

Thanks to Gatecoin’s partnership with the Bitcoin MasterCard issuer Aerapay Limited, the company will be issuing debit cards that can be used anywhere in the world and without incurring foreign transaction fees. The debit card can be reloaded instantly online using Bitcoins.

Gatecoin is looking to break into the American and European markets as well and is currently working on obtaining the proper licensing to do so.