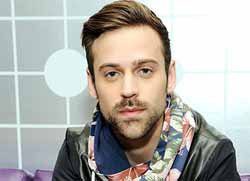 Grammy winning artist Ryan Lewis of Mackelmore announced the launch of a worldwide health care nonprofit via Youtube. The nonprofit would provide healthcare worldwide to people in need. The 26 year old producer/ DJ credits his mom as motivation.

Ryan Lewis’ mom, Julie Lewis, was infected with HIV after receiving a blood transfusion 30 years ago in Seattle, WA. The blood was needed following delivery of Ryan’s older sister. It had not been tested prior to the transfusion. It would be years before his mother was diagnosed with HIV.

Ryan Lewis and his siblings did not contract HIV even though they were born after she had received the transfusion. Julie Lewis receives regular medical care, and is still living with HIV 30 years later.

In her statement, she reveals “I had never thought about dying.”

The Lewis family has launched the 30/30 project in her honor and is soliciting donations.

“We believe that healthcare is a human right. We have the knowledge and we have the treatment… what people need is the access.” (30/30 project)

The goal of the program is to build 30 medical facilities that will last for 30 years worldwide. In addition to building the facility, the 30/30 Project will leverage the local economy to build the facilities. They also intend to contract with other worldwide health care organizations and nonprofits to staff them.

Providing healthcare for conditions like HIV is expected to make a huge impact. The CDC reports that more than 35 million people are living with HIV worldwide. With healthcare, transmission to future generations through childbirth can be prevented and patients can live longer. There is currently no cure for HIV.

While this is the first nonprofit affiliated with Makelmore & Ryan Lewis, the pair was previously in the news for their controversial song about homosexuality, Same Love. The group launched their first album in 2009, and experienced worldwide success with their second album, The Heist.

More information about the 30/30 Project is available here. The first facility is planned to be built in Malawi.