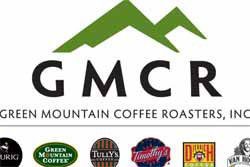 If the company can deliver the same quality, conveniences as its Keurig hot beverage machine, it will find itself successfully expanding to new verticals which can further challenge the dominance of Coca-Cola (NYSE: KO) [stockdata ticker=”KO”] and Pepsi (NYSE: PEP) [stockdata ticker=”PEP”].

Closer look at the system

At this point, it is not clear what the final version of the Keurig cold system will resemble.  According to analysts at Credit Suisse, what is known at this time is that the Keurig Cold platform is being designed to carbonate beverages with granules embedded in a single-serve cartridge and will not need a CO2 tank as is required with the SodaStream (NASDAQ: SODA) device.

At its investor day meeting in September, as well as during its recent fourth quarter earnings call in November, the company provided some insight into its plans for cold beverages.  The product would be able to produce a range of carbonated and non-carbonated beverages, and the company intends to bring partners on the platform in the same manner as what is currently done with the Keurig machine.  Partners include Starbucks, (NASDAQ: SBUX) [stockdata ticker=”SBUX”] Dunkin Donuts (NASDAQ: DNKN) [stockdata ticker=”DNKN”] and many other coffee producers.

The company plans to spend around $200 million over the next 12 months to support development and bringing the product to the market.  The expected launch is slated for 2015, with no further specifics.

The soft drink/non-alcohol industry represents an $11 billion industry in the U.S, and $100 billion market worldwide.  In recent years we have seen a diverse range of products successfully break into the market.  Liquid beverage enhancers such as Mio, energy drinks, and iced coffee are a few small examples.

The evolving consumer preferences to this large and dynamic market has attracted the interest of  large companies to invest in this previously untapped market. Cambbell Soup introduced its V8 juice, Starbucks with its Refreshers, Dunkin donuts with its Collatas.

Given the current state of the soft-drink industry, it is possible that major companies such as Green Mountain are now more interested in at home, single serve, dispensing market than it would have been several years ago.

While investors are unlikely to conclude that the entrance of a Keurig cold machine will displace traditional bottle and can formats, it could be a good compliment to the industry.  As Keurig has demonstrated with coffee and hot beverages, the device has successfully engaged consumers in a drastically different and new way.

Throughout his career Jayson Derrick has consulted and worked with several international hedge funds and most recently director of research for one of Canada's oldest trading desks. Jayson is a trader at heart but understands the importance of long term investing. Jayson best combines information and data that is used for short term trading and translates this in to long term, actionable investing ideas.