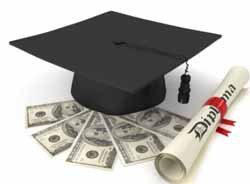 While some government student loans have been successful, the majority of programs have caused more issues than they have solved. Recent history also shows this problem is only getting worse.

Consider the still recent financial crisis. It’s common belief that the greed of Wall Street was at the heart of the 2008 financial crisis, but government intervention in the housing market combined with the government-backed mortgage policy were at the center of the crisis that led to a recession and slow recovery.

In the 1990’s, sociologists convinced both the Democratic and Republican party that social issues, including crime, teen pregnancy and drug abuse, are reduced in areas where home ownership is high. Data showed that 62-64% of households owned their home. The federal government then worked to increase home ownership to a target 70%.

This goal meant that 8% of households (10 million) should be converted to owners from renters, but why were they not already homeowners? Because they lacked the money for down payment and did not have enough money for monthly mortgage payments.

Next, the federal government instructed Freddie Mac and Fannie Mae to purchase mortgages from originating banks requiring no down payment with adjustable interest rates. This did allow more buyers to afford their mortgage payments, at least at first.

Issues began when rates adjusted upward and the default rate increased while the economy was pulled into recession. Worsening this was the huge demand for housing from the 10 million, driving prices upward.

The mortgages were then packaged and resold by Wall Street to investors as mortgage-backed securities, even though they knew there was a high risk. This was done to earn fees and also because they were encouraged to follow this strategy by the government.

By 2007, homeownership had nearly reached the 70% goal. Unfortunately, when most of the new sub-prime loans defaulted, investors were left holding almost $2 trillion in now worthless securities. Thus the financial crisis was the result and the recession may have been avoided entirely if government policy did not promote sub-prime mortgages.

Home ownership is now below 65% and falling steadily.

A similar scenario is now playing out with government student loans. The annual cost for tuition, fees, room and board is quickly rising. While there are many reasons for the increase, the main problem is the government student loan program. This program, which attempts to make sure no one is denied a college education because of an inability to pay, covers the entire cost of college, no matter the price. This encourages colleges to raise fees and tuition at a rate that exceeds inflation.

The Consumer Financial Protection Bureau reports student debt is now past $1 trillion, with the average student carrying $27,000 at graduation and 10% of graduates carrying debt over $40,000. Students must pay $320 per month on average for the first ten years past graduation. Students graduating college are facing another burden to finding a stable job with continuing slow performance of the economy.

Student loan debt could become the next major financial crisis. When the mortgage crisis occurred, it resulted in real estate prices adjusted significantly downward. If student debt becomes a crisis, it will be impossible for colleges to adjust pricing downward. Taxpayers will be left footing this bill.

While the intentions of the government were good, no good deed goes unpunished and programs with great intentions will have negative consequences.