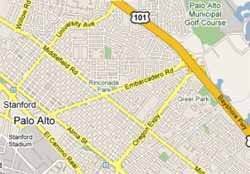 In September 2012 when Apple Inc (NASDAQ:AAPL) [stockdata ticker=”AAPL”] unveiled its mapping app, there were 81.1 million Google Maps user among all the 103.6 million iPhone and Android users. One year later, though the number of iPhone and Android users rose to 136.7 million, the total number of Google Maps users fell to 58.7 million. While Google Maps has 43% market share, Apple Maps is used by more than 25% people. ComScore doesn’t count uses on BlackBerry and Windows Phone devices because they account for less than 10% of the U.S. smartphone users.

That clearly indicates that Apple Maps is a hit among the iPhone and iPad users. When Apple Inc. (NASDAQ:AAPL) unveiled the app with iOS 6 in September 2012, it was full of multiple errors. That turned out to be a PR fiasco for Apple Inc (NASDAQ:AAPL). The Cupertino-based company’s CEO Tim Cook apologized publicly for the blunder and fired the maps team head Richard Williamson immediately. But Apple Inc. (NASDAQ:AAPL) [stockdata ticker=”AAPL”] didn’t give up. Instead, it continued to fix the errors and improve its mapping app.