A non-practicing entity (NPE) called Rockstar Consortium Inc, formed by Apple (NASDAQ:AAPL) [stockdata ticker=”AAPL”], Microsoft (NASDAQ:MSFT) [stockdata ticker=”MSFT”], BlackBerry (NASDAQ:BBRY) [stockdata ticker=”BBRY”] and others, has been threatening Google’s strategic partners such as Samsung, LG, and a range of companies who build Android based devices for patent infringements. Rockstar was named as the top 3 patent troll by Business Insider back in 2012. This patent pirate bought around US$ 4.5 billion worth of Nortel patents when Nortel went bankrupt back in 2011. Now, in October Rockstar initiated a patent claim against eight companies who heavily depend on Google’s Android eco-system to deliver mass-market Smartphones, including Google itself, Samsung, Asus, HTC, LG Electronics, ZTE etc. 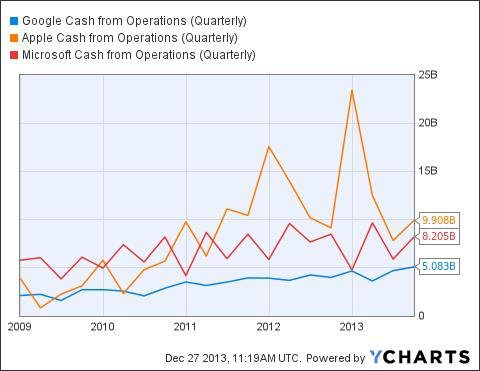 On Monday, Google had filed a counter lawsuit to challenge Rockstar, saying it is using dubious patents to threaten Google’s customers and partners in the mobile device industry. Google complained to court in San Jose, California that Rockstar has targeted hundreds of technology companies in California and around the world to place a cloud on Google’s Android platform. However, sources close to the industry say that Google’s main concern is to protect elements used in the Nexus line of devices, the flagship Android device from Google.

Google claimed in the filing that “Rockstar produces no products and practices no patents. Instead, Rockstar employs a staff of engineers in Ontario, Canada, who examine other companies’ successful products to find anything that Rockstar might use to demand and extract licenses to its patents under threat of litigation.”

Apple (NASDAQ:AAPL) [stockdata ticker=”AAPL”] has a long history of suing its rivals, mainly Samsung for patent infringements. CNET reports that Apple is claiming over  a billion dollars from Samsung with its number of lawsuits. However, this time they have gone too far with Rockstar.

While Google itself won’t extract much financial benefit in terms of cash by fighting Rockstar, it will be seen as the start of a battle between the main rivals who were waging proxy wars for last few years. Android based device makers such as Samsung will be happy to know that its big brother is watching out for its interests.

Legal battles are basically a drag on the companies in terms of legal fees and uncertain outcomes, and often it comes down to who has the bigger muscles to win. Smaller companies often give up on legal grounds because it costs too much to participate in a lengthy legal battle. However, Google with its mighty balance sheet can certainly afford to drag Rockstar and Apple for years if they want to. After all Google generates almost double the cash from operations compared to Apple.