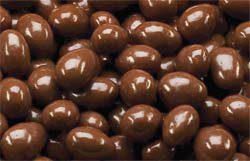 Chocolate deficits, in which farmers produce less cocoa than the world consumes, are becoming commonplace, and the world is currently in the midst of what may be the longest streak of consecutive chocolate deficits in over five decades.

In 2013, the world ate about 70,000 metric tons more cocoa than it produced, a deficit that may grow to 1 million metric tons by 2020, according to Mars, Inc. and Swiss-based chocolate maker Barry Callebaut.

70% of the world’s cocoa supply is produced in Ghana and the Ivory Coast, although growing conditions in West Africa have been far from perfect. Droughts have ravaged several major cocoa plantations, while a fungal disease known as frosty pod has wiped out between 30% and 40% of cocoa production. Many cocoa farmers are now looking to other crops like corn.

The demand for chocolate continues to grow, particularly in China. Chinese consumers are buying more chocolate each year, although they consume just 5% of what the average Western European eats per capita. Brazil, which was once one of the greatest cocoa manufacturers in the world, has now become a net importer.

The increasing popularity of dark chocolate, which contains up to 70% cocoa compared to an average of 10% in the typical chocolate bar, is also credited with the growing deficit.

Since 2012, cocoa prices have grown over 60%. This was the year that the world began consuming more chocolate than it could produce. Chocolate makers have already started adjusting the price of their chocolate upwards. While Hershey’s was the first to do so, others have followed.

Efforts are being made to keep chocolate affordable, however. An agricultural firm in Central Africa is now developing trees that produce up to seven times the amount of cocoa beans as a regular tree, although it may compromise the taste and produce less flavorful cocoa.

In 2010, John Mason of the Nature Conservation Research Council in Ghana made the prediction that “in 20 years, chocolate will be like caviar,” saying it will become so expensive the average consumer will not be able to afford it.