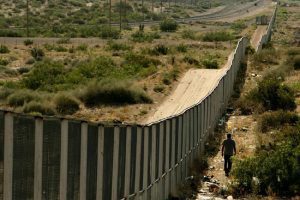 Scabies, lice, swine flu, measles, tuberculosis, and sundry psychosis are rampant among the groups of unaccompanied Central American children who are crossing the nation’s Southern border in record numbers. However, instead of quarantining and caring for the children, the Department of Homeland Security is transporting the children around the nation on buses and commercial airlines, subjecting the larger population to a health risk surpassing anything seen in this country since the beginning of the last century.

Even our neighbors to the North in Canada are becoming alarmed.

The Canada Free Press reports that in Murrieta, California, one of the countless border towns where the unaccompanied minors are turning up, as many as 500 of these children are being released into the general population every week. From the same report we learn that Border Patrol agents are testing positive for Tuberculosis there. Hand and Foot Diseases, as well as Chagos, diseases long since eradicated from the States, are both on the rise.

Lice are endemic, and reports are that they can be easily seen crawling in the children’s hair. It is not surprising then that there are other sicknesses waiting in the wings. Now emerging among Border Patrol agents who come into contact with the children is H1N1 (“swine”) flu and chicken pox. But darker clouds are on the horizon. It’s inevitable, medical professionals speculate, that diseases like dengue and Ebola virus will eventually be introduced.

According to an explosive report by Foxnews’ Todd Starnes at Lackland Air Force Base in Texas, the medical team there has been threatened with arrest if they speak to media or anyone else about the condition in the facilities where sick children are being warehoused.

Security officials there confiscate cell phones as employees enter the facility and thenceforth, having such a device on one’s person is grounds for immediate termination.

Fox’s sources, who remain anonymous, say that workers are guarded by a security force from the Baptist Family & Children’s Services, which the Department of Health and Human Services hired to run the Lackland facility. These guards refer to themselves as “Brown Shirts,” perhaps because of the tan uniform shirts they wear.

One of Starnes’ sources, a psychiatric counselor, has since resigned from her position after turning in a report to the Child Protective Services over a child the counselor judged to be suicidal and in need of immediate, intensive psychiatric care. The child was sent off to family members elsewhere in the country without the recommended treatments. (The counselor was ordered to turn over her personal journal, but she has refused to do so.)

Of the possible consequences of unleashing the diseased children upon the population, one nurse said, “They’re going to crush the system. We can’t sustain this. They are overwhelming the system and I think it’s a travesty.”