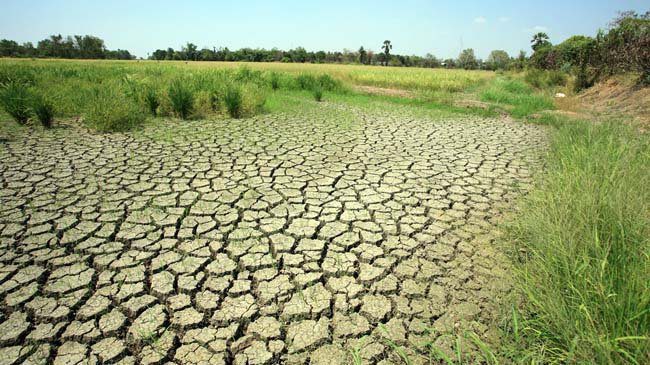 The leaders of the seven most developed countries in the world- Canada, France, Germany, Italy, Japan, the United States and the UK gathered last Monday at Garmisch-Partenkirchen, in Germany to discuss a broad agenda ranging from climate change, international terrorism and trade to poverty reduction.

During this G7 summit, the political leaders expressed their commitment to gradually reduce their carbon dioxide emissions in order to achieve the goal of reducing the global temperature by two degrees Celsius. It is a significant step towards fighting climate change will probably mean the end of the era of fossil fuels by the end of the century. The same objective was decided six years ago at the Summit for the global climate in Copenhagen, but there has been problem in implementation.

The German Chancellor Angela Merkel, the hostess of the meeting, explained the extent of the measures to be taken: “We need to significantly reduce emissions of carbon dioxide and decarbonize the global economy in the course of this century”, meaning that leading industrialized nations have to stop the use of oil, gas and coal and replacing them with alternative energies. G7 also committed to jointly mobilize $100 billion (90 billion Euros) a year by 2020 for climate change mitigation in the most affected countries.

Environmental organizations welcomed this statement marking the “step forward”. But they well know that this is only a statement of intent. It remains to be seen whether these intensions will be implemented in the near future. Samantha Smith, leader of the WWF’s global climate and energy initiative was less enthusiastic: “The G7 have given us some important political signals, but they’ve left out the concrete commitments from themselves as nations,” she told DW. Smith added that concrete, immediate actions to cut emissions, would have had a big impact particularly in the run-up to the summit. However, the environmentalist believes that an initiative agreement to roll out renewable energies in Africa and other emerging countries is very positive.

According to a new released study, every participant country will have massive benefits as the result of its latest climate action pledges. The NewClimate Institute report  shows that Japan, Canada, EU, US and China will collectively save 115,000 lives a year, put away $US41 billion annually, and create 1 million jobs in the renewable energy sector by 2030. However, Japan and Canada are not following the trend due to their weak plans, climate groups say. If Japan creates a plan to go 100% with renewable energy by 2050, it will upgrade the country’s workforce thanks to cleaner air, new jobs in a growing sector, and vast savings resulting from avoided fossil fuel imports -helping Japan emerge from its current economic recession. Similarly, if Canada planned the same thing, it could have succeeded an enormous 600% increase in lives saved, and 60% more jobs in the renewables sector by 2030, compared to what it is likely to happen under the proposed plan.

Alden Meyer, from the Union of Concerned Scientists, says:

“I think it shows the pressure that some of these laggard countries felt under from other countries and from the public in their own countries to not block the language. This is not a kumbaya moment that all of a sudden has transformed the long term goal discussion, and those who have been resisting good language in this agreement are suddenly going to turn around on decarbonisation in the long term goal. I think that’s the political significance.”