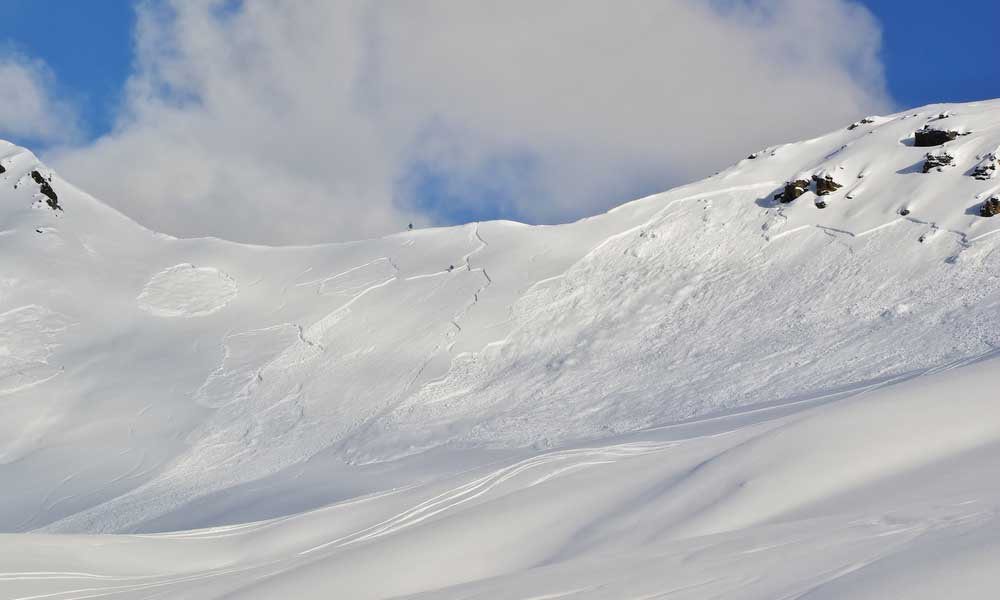 The French Alps town of Tignes was hit with their second avalanche in a month on Tuesday, and several skiers were enveloped in the snow, authorities said.

The avalanche was reported at 9:50am and a rescue operation began immediately. Though several skiers were enveloped in the avalanche, there were “no victims,” CNN reported that Savoie prefecture said.

According to local authorities, the avalanche began in the off-piste area of Grand Balme. Skiers in the area were helped away from the scene by resort staff.

The popular French Alpine resort of Tignes is known as a “family slope.” Many kids and families ski in this area.

Several people at the resort who witnessed the events posted about the dramatic event on social media.

“We were with our guide in powder snow about to go back on the blue run when it wiped the blue run out,” Susan Hughes posted on Facebook.  “It just swallowed everyone. We had to dig to try and find people,” Hughes added.

“I was submerged in the avalanche in #tignes this morning while on the slope,” Violette Verite said on Twitter. “Single scariest moment of my life,” she posted.

I was submerged in the avalanche in #tignes this morning while on the slope. Single scariest moment of my life. Hope everybody is ok ?

Skis and baton found on the piste raised concern that a number of skiers might have been buried.

Two hours following the avalanche, local gendarmes said they had examined every metre of the piste and found no victims.

The Tignes Town Hall confirmed in a statement that the ski area remained open, but with restrictions. The town hall also added that the avalanche risk was ranked as a 4/5.

Tignes is located close to the Italian border, in South Eastern France.

It is unusual for designated ski pistes such as this one, which are maintained and flagged, to be affected by an avalanche. An avalanche typically affects the off-piste areas where snow is less stable, which leads to higher risk of an avalanche.

On February 13, three snowboarders and their guide died at the resort after being hit by an avalanche. The four men were in an off-piste area when the avalanche happened. The avalanche buried them as it came crashing down on an area around 300 meters across.

The victims were a 49-year-old man, his 15-year-old son and 19-year-old brother-in-law, as well as their 59-year-old ski instructor, according to Deputy Prefect Nicolas Martrenchard.

All four of the men were French nationals, the Tigne mayor’s office said at the time of the accident.