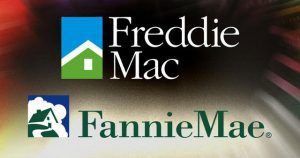 Ahead of a Senate vote scheduled for this week on a bill that would replace Freddie Mac and Fannie Mae, the two companies outlined concerns about the proposed law in memos distributed to lawmakers.

Fannie and Freddie are not allowed to lobby, but the Treasury Department, which put almost $188 billion into the companies to keep them afloat, asked them to provide input on the Senate bill which is supported by the White House.

The Johnson-Crapo bill would wind down Fannie Mae and Freddie Mac over a period of at least five years, replacing the two companies with a system in which private companies could package mortgages into federally insured securities, while private capital would take initial losses. This is one of four GSE reform bills on the Hill, with others including the Senate’s Corker-Warner bill, the House’s PATH Act, and the House’s HOME Forward Act.

Fannie and Freddie raised several concerns, including the fact that proposed capital requirements and the design of the new system could dramatically increase borrowing costs for consumers, particularly those without excellent credit or a substantial down payment.

Freddie estimated that mortgage rates could rise between 0.1% and 2.0% under the legislation, while Fannie estimates rates may rise from 0.5% to 1.4%. Freddie’s interpretation is in line with an assessment by Moody’s Analytics, which determined that rates would increase less than half a percentage point for the average mortgage, adding around $75 a month in additional interest payments.

“There is no question that … mortgage rates would increase under the bill because of increased capital requirements” for any replacements of the two companies, Freddie Mac said in the memo. “The question is by how much.”

GSE reform has gained industry supporters, including the National Association of Builders, the Mortgage Bankers Association, the National Housing Conference, and Habitat for Humanity. While the Johnson-Crapo bill has more bipartisan support than the other three reform bills, it has several critics as well.

The greatest criticism comes from GSE shareholders, who want recapitalization and there shares before any reform takes place.

The Johnson-Crapo bill is built around the idea that the government’s backing is necessary to preserve the 30-year fixed mortgage. It is not common for financial institutions to invest in mortgages for thirty years without assurance that the government will cover catastrophic losses, and 30-year mortgages are very rare in countries that do not back home loans. Republican opposition wants to limit or end the government’s backing of mortgages to avoid a repeat of the $188 billion bailout of Freddie and Fannie.

The Johnson-Crapo bill does seek to limit taxpayer exposure by requiring private capital to absorb the first 10% of losses on mortgage-backed securities.