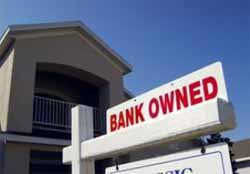 The number of foreclosures in July were down 25 percent from a year earlier according to CoreLogic. During the month of July 49,000 foreclosures were completed compared to 53,000 the previous month. That was a decrease of 8.6 percent. In July 2012 there were 65,000 foreclosures.

At the end of July, the inventory was approximately 949,000 homes, which was down from 1.4 million for the same month a year before. This figure is a decrease of almost one-third. The month over month the inventory shrank by almost 4.4 percent. The foreclosure inventory represented 2.4 percent of all mortgaged homes in the U.S., which is down from 3.4 percent from the previous year.

Every state posted a year over year decline in foreclosures, according to the report. The overall foreclosure rate is declining rapidly, down by 32 percent from a year ago. Serious delinquencies fell to their lowest level since 2008, which shows major improvement.

Foreclosure inventories in the judicial process states do skew national figures. Of 24 states with judicial foreclosures, 12 of them have inventories higher than the national average of 2.4 percent. Florida is at 8.1 percent, New Jersey at 5.9 percent, and New York at 4.7 percent. Connecticut and Maine are at 4 percent. Out of the 26 states that employ a non-judicial process, only two of them, Nevada and Oregon, have rates above the national average.

Almost half of the completed foreclosures in the last 12 months that ended in July took place in five states, Florida, California, Michigan, Texas and Georgia.