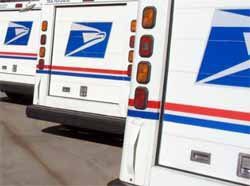 Personal misuse of United States Post Office credit cards by employees is rampant according to a recent report by the Washington Examiner. While a total figure of Post Office funds embezzled by employees who used cards to gamble, rent cars, and cover personal expenses was not ascertained in the initial, very limited, Freedom of Information Act, (FOIA.) request to the Postal Service by the Washington Examiner, the number of dollars illegally withdrawn for use by individuals amounts to well over $100,000. Michal Conger, The Washington Examiner reporter who broke the story, said on Fox News’ nightly ‘On the Record,’ Monday evening, “This is just the tip of the iceberg.”The story reflects facts found in an earlier report by the Inspector General which has not been made available to the public and was kept under wraps until the FOIA request forced its disclosure. This revelation bodes badly for the agency that, this month, appeared before a House Subcommittee hearing asking for help with its financial situation.

According to the documents obtained by Conger, Postal employees used Government issued credit cards for cash advanced for gambling, personal vehicle repairs, rental cars, and un-receipted travel expenses for mileage, food, and lodging. Employees also used the cards to pay themselves for vacation and sick days. One employee admitted that she’d paid herself for 58 days, raking in a total of $24,000 of tax-free cash.

The USPS was quick to point out that the funds embezzled by Postal employees were not taxpayer funds, since the service operates on money garnered from sale of postage and stamps, the gaping holes in procedural accountability are staggering. The alleged payroll expenses alone, which require that Federal and State taxes be withheld from all amounts paid to employees, would land a private sector business in serious trouble had this happened outside the Government.

The Postal Service has been teetering on the brink of bankruptcy for some time, and is currently seeking changes to its mandate in order to come under fiscal control. As recently as March 19, 2014 an actuary from the Government Accounting Office, testified before congress that, at the end of FY 2014, the service had over 100 billion dollars in debt and unfunded benefit liabilities at the end of last fiscal year. Changes to the service itself, including the closing of some processing facilities and eliminating Saturday deliveries are being considered in order to plug some of the holes in the system.

While the misuse of funds is shocking by itself, the fact that these individuals have not yet been prosecuted for the crimes to which they confess is even more troubling. There is no way of knowing the scope of the misuse that has occurred nationwide. With the Postal Service seeking a bailout from the US Congress, the Examiner story points out the urgent need for tighter controls on the agency’s plastic.