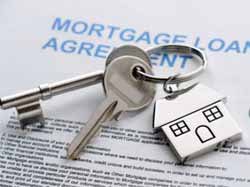 The Federal Housing Administration projects a $4.8 billion value for the 2014 fiscal year, an independent analysis said this week.

The FHA’s balance sheet moved back into the black after the Mutual Mortgage Insurance (MMI) Fund increased in value by almost $6 billion, which means the housing agency will not need another taxpayer bailout.

The agency has shown a $21 billion improvement over the last two years, although its current capital ratio is still just 0.41%, which is lower than the mandated 2% of its value for reserves. The agency is required to keep enough cash on hand to cover all projected losses in its portfolio, but the 2% reserve level is not projected to be reached until 2016.

Several factors have helped improve the fund’s health, including a 30% drop in serious delinquency rates, a 68% improvement in recovery rates, an 85% drop in early payment defaults and a 63% drop in foreclosure starts.

“This year’s report shows that the fundamentals of the fund are strong,” said HUD Secretary Julian Castro. “Over the past five years, FHA has taken a number of prudent actions to restore the fund’s fiscal health.”

In 2013, for the first time in the FHA’s 80-year history, its fund required $1.7 billion in taxpayer assistance to cover losses and its reverse mortgage program that harmed its finances. Reverse mortgages, which allow homeowners aged 62 and older to borrow against their home equity and repay the balance only when the property is sold or vacated, resulted in $7 billion in losses in 2013.

In particular, mortgage insurance premiums have been increased several times and are now at an all-time high. The National Association of Realtors estimated that in 2013, about 400,000 credit-worthy borrowers were priced out of owning a home due to high FHA mortgage insurance premiums. Meanwhile, the share of first-time buyers using an FHA loan over the past four years has dropped from 56% to 39%.

The FHA requires upfront mortgage insurance premiums as well as an annual premium, which has been increased to 1.35% from 0.55% just three years ago.

Several consumer advocates and industry groups, including NAR and the Mortgage Bankers Association, have urged the FHA to consider reducing costs as first-time buyers and families with moderate incomes are priced out of the market.