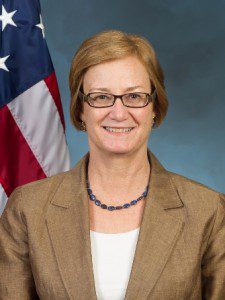 A top housing official for the Obama administration will announce this week her plans to step down, the Wall Street Journal reports according to sources familiar with the matter.

Carol Galante, commissioner of the Federal Housing Administration (FHA), led the agency through a rough year as it was forced last year to seek the first congressional appropriation in its history amid rising costs. In September, the FHA was forced to turn to the Treasury for $1.7 billion in cash to help cover losses. The agency has also increased fees charged to mortgage borrowers and is expected to return to the black sometime this year. Congress requires the FHA to have at least 2% of all loans it guarantees in reserves at all time. A December report found the reserves could surpass the 2% level once more sometime this year.

Galante announced her decision to leave the Department of Housing and Urban Development and her role as assistant secretary for housing toward the end of the year in a staff memo on Monday.

The news comes less than two years after she was confirmed as the head of the FHA, although she has been with HUD for five years. She was nominated by President Obama for the role of FHA commissioner in 2011 and received confirmation from the Senate in 2012, shortly after an audit found the agency’s mortgage insurance fund has dropped into the red due to losses after the housing bust. Galante began the administration as the deputy assistant secretary for multifamily housing while the country was recovering from the financial crisis.

In January 2015, Galante will assume the I. Don Terner Distinguished Professorship in Affordable Housing at the University of California, Berkeley, where she will also serve as the Director of the Berkeley Program in Housing and Urban Policy and the co-chair of the Fisher Center on Real Estate Policy Advisory Board.

Several industry experts have come forward to share thoughts on the news. Stan Humphries, chief economist of Zillow, shared the news on Twitter, calling Galante a “great steward” during the financial crisis who helped lead initiatives such as revamping the FHA’s loss-mitigation programs and changing the FHA’s automatic underwriting program.

A new commissioner, as well as new HUD Secretary Julian Castro, must weigh the FHA’s need to build a capital buffer against the Obama administration’s goal of expanding access to mortgage credit. Officials say mortgage standards are still too tight.

No official announcement has been made by HUD, and a spokesman for the Department declined comment on Monday.