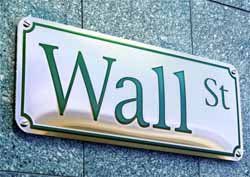 Is the US stock market a bull or a bubble? This is the question swirling around Wall Street. Outside of Wall Street, interest in the search term “stock bubble” has reached its highest point since 2008, according to Google Trends.

Recently, Nobel Prize-winning economist Robert Shiller told Der Spiegel magazine he believes the sharp increases in property prices and equity in the housing market may lead to a dangerous bubble that will end badly.

Shiller, an American who won the prize for his research into market prices and asset bubbles, pointed to the US stock market and the property market in Brazil as serious areas of concern.

“I am not yet sounding the alarm. But in many countries, stock exchanges are at a high level and prices have risen sharply in some property markets,” he told the German magazine. “That could end badly. I am most worried about the boom in the US stock market.”

Surging stock prices are not proof that a bubble exists, but they do bring attention to the economy that is still struggling to recover. Unemployment remains at 7.2%, revenues are shrinking, wages have flat lined and GDP is just inching upward. There are 47 million Americans on food stamps and dozens of other signs that the economy is still stagnant.

This raises an important question: why are stocks continuing to soar?

Alan Greenspan told Bloomberg TV, “This does not have the characteristics, as far as I’m concerned, of a stock market bubble.”

Others are not as confident. Margin debt on the New York Stock Exchange has reached an all-time high — even higher than before the 2007 crash. This means there is a great deal of credit pushing up prices as investors borrow the money to buy stocks. If something happens, over-extended borrowers will be forced to dump stock, causing panic and a meltdown.

Shiller is in stark disagreement with Greenspan. He feels the financial and technology sectors are overvalued, while soaring increases in home equity and property prices puts unnecessary and dangerous strain on a still badly damaged economy.

“Bubbles look like this,” he warned. “And the world is still very vulnerable to a bubble.”