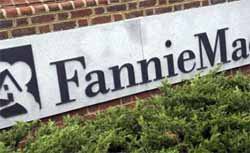 The United States regulator of Freddie Mac and Fannie Mae will proceed with plans to reduce its financing of apartment building loans beginning in 2014, causing a shrink in what its opponents call essential support for rental housing in the country.

Both government-owned companies currently back around 45% of the multifamily market. The actual size of the cuts is still unknown, but it will certainly add to the 10% reduction in apartment financing the Federal Housing Financing Agency (FHFA) required the companies make this year as part of a larger effort to increase private investment in housing finance.

Affordable housing advocates, lenders and developers are uniting to push back against this move, saying this will deprive many rural areas and small cities like Boise, Idaho of rental housing that private investors are more likely to overlook and neglect. Dozens of organizations responded to a recent request for suggestions from FHFA with the same message: do not do it.

“Without Fannie and Freddie, our ability to get deals done in smaller towns would be greatly reduced,” said E.J. Burke, chairman of the Mortgage Bankers Association and executive vice president of KeyBank.

Meanwhile, FHFA officials noted that the multifamily footprint of the two companies is still larger than their 30% market share before the financial crisis. The market absorbed the earlier cuts this year “without major disruption,” said FHFA acting Director Edward DeMarco on October 24.

These reductions are part of a long-term plan to improve room in housing finance for private capital. According to DeMarco, gradual steps are being taken while still maintaining a presence in the market.

Both Fannie Mae and Freddie Mac purchase mortgages and package them into securities, guaranteeing payments of interest and principal. The companies were seized in 2008 by regulators following risky investments in single-family loans that nearly pushed them to insolvency. The two are now owned by the United States government with profits going to the Treasury.

Both companies concluded their multifamily programs would have little value absent of their existing government guarantee and would not make sense to sell to private investors, according to a recent study performed at the request of FHPA. The FHFA plans to reduce the companies’ financing for apartments comes with increasing demand for rental housing that is outpacing current construction levels. Industry estimates show the market can absorb about 300,000 to 400,000 new units every year, but only 158,000 were constructed in 2012.