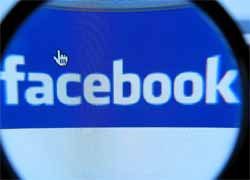 Facebook shares hit $40 each on Friday for the first time since they made their public debut on NASDAQ, which was during a botched IPO in May 2012. While no concrete news drove the shares, the rally was a surprise to many. Some traders believe a positive report from ITG, an investment research firm, may have impacted the drive. Others say it is a continuance from the strong earnings report for the second quarter.

The stock has rallied since it reported strong earnings for the second quarter back in July. Shares for Facebook have increased more than 50 percent during the last month. Facebook’s power has continued to grow in mobile advertising, and investors as well as analysts have been pleased.

Only a year ago the company had no clear strategy for the generation of mobile revenue although a continuously growing number of people use the Facebook app on their tablets, mobile phones, and other handheld devices. However, Facebook is proof that a lot can change in just a year. It has gone from zero into overdrive without originally having a strategy in place.

During the second quarter, the company generated 41 percent of its total advertising sales from mobile compared to a year ago when it was zero. Thanks to the jump in the right direction, Facebook may be looking toward passing its all-time high for stock, which was $45 during its first minute of trading on NASDAQ. Right now the stock sits only 10 percent below that all-time high.

The company’s mobile advertising business continues in full swing, and most experts expect to see more growth in the third quarter. Because of the company’s popularity and because of the high traffic volumes flocking to the social networking site, the mobile advertising unit only has more potential for growth, according to experts. Many expect to only see the advertising sales to increase, and a jump from zero to 41 percent in a year has already made significant process.