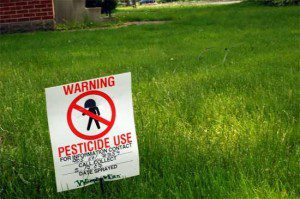 A new U.S. study is linking pregnant women’s exposure to pesticides to an increased risk in the development of autism in their unborn child. Researchers indicated that in their study that they noticed that pregnant women living within a mile of areas such as farms, golf courses, and other spaces where pesticides are applied showed up with an increased risk for giving birth to a child with autism. The increased risk was also associated with women exposed within the last three months of their pregnancies

Irva Hertz-Picciotto, study author and an environmental epidemiologist at the MIND Institute at University of California, Davis said that: “Many of these compounds work on neurons. When they work on the insect, they’re dealing with the nervous system of the insect and are basically incapacitating it.”

In attempting to explain the possible link between exposure to the pesticides and the development of autism in the unborn child, Hertz-Picciotto indicated that the chemicals also act on the brain of developing human beings. The adult brain, however, has greater protection against chemicals crossing the blood-brain barriers as a result of filters formed in the more developed brain. The underdeveloped brain of the child however, would not have this kind of protection and is therefore at greater exposure to the impact of the chemicals.

This study’s participants included 1,000 families in the California area with children ages two to five years old. The researchers noted that 486 of the children were confirmed with autism; 168 had diagnoses with other developmental disorders and 316 were developing in the normal range. California actually rigorously maps and reports pesticide use and this greatly assisted the researchers identifying pesticide exposure in the study participants.

The study, published in the journal Environmental Health Perspectives, found that one-third of the mothers lived within a one-mile radius from areas of commercial use of pesticide.