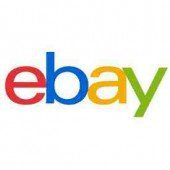 When it comes to Wall Street expectations, simply beating estimates is not enough for a company to impress investors. A company has to also issue guidance that beats Street estimates. Based on its latest quarterly filing, Ebay (NASDAQ:EBAY) did a good job on the former point but missed wide on the latter requirement. While ebay beat Street consensus expected earnings of 89 cents per share by 1 penny, ebay fell short of projected first quarter earnings in 2015.

[contentblock id=2 img=adsense.png]
According to the ecommerce giant and payment processing company, it expects to earn between 68 and 71 cents for the first quarter of 2015. Wall Street consensus estimates were pegged at 76 cents. It is obvious that the company is going through quite a transition as it tries to forge a path to its near- and mid-term future.
Besides laying off 7% of its workforce or 2,400 employees, Ebay is looking to eventually spin-off its Paypal payment processing unit. It is also considering holding an IPO for its enterprise services arm.
Why not just spin off enterprise services? Ebay doesn’t see this unit dovetailing well with either ebay or Paypal. These strategic moves are in play precisely because activist shareholder Carl Icahn has been very vocal and active regarding unlocking ebay’s full market potential and shareholder value.
One of the very real possibilities which might flow from this initiative, besides the Paypal and enterprise segment moves, is to potentially sell the company in the future to an even bigger ecommerce giant. The usual suspects in that space, of course, are Google, Amazon, and Alibaba. This might be all for the best because, in light of ebay’s performance in recent years, it might have peaked in  its niche sector of the larger ecommerce space.
Continue Reading
Related Topics:
Jacob Maslow