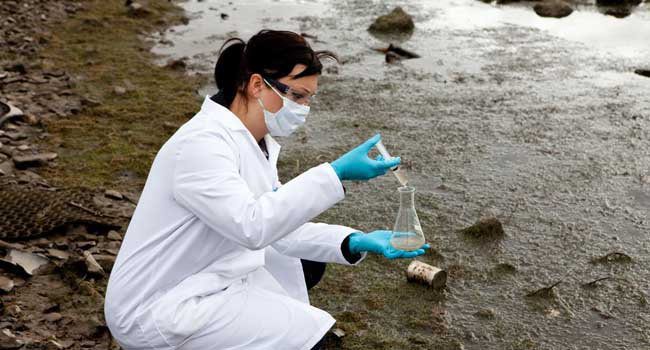 Have you ever wondered what’s in the water coming out of the taps in your home? Would you drink it or use it to cook or have a bath, if you knew that may contain carcinogens? According a new study published in the journal Environmental Science & Technology Letters, there is evidence of cancer-causing chemical in drinking water connecting with methadone.

Pharmaceutical pollution has become an important issue since tons of drugs are being swallowed and excreted or thrown away in the environment. In the case of methadone, it is not the drug itself which poses a health risk when it filters into our drinking water. Methadone reacts with a common wastewater disinfectant and produces the carcinogen N-nitrosodimethylamine or “NDMA”. The World Health Organization describes NDMA as “clearly carcinogenic” because it can cause stomach and colon cancer after ingestion.

“It’s a very important paper, as NDMA is a very potent carcinogen,” said environmental chemist Susan Richardson of the University of South Carolina. “It’s being commonly found in drinking water well above the health reference level for cancer, and the U.S. Environmental Protection Agency is currently deciding whether to regulate it.”

Methadone is used to mitigate heroin addiction or chronic pain disorders. Every year, more than 4 million prescriptions are issued only in the US. Since the human body cannot absorb the whole amount of the drug after ingestion, a 28 percent of it gets excreted in urine and ends up to wastewater. On average, a small fraction of wastewater gets into the drinking supply, Arizona State University environmental engineer Paul Westerhoff said. It’s less than 1 to 2 percent of stream water — but during a modest drought up to 30 percent of an urban water supply can be of wastewater origin.”

Westerhoff’s team along with colleagues in Colorado and Toronto used water samples that took from a runoff from a wastewater plant in Arizona, which utilizes chloramine as disinfectant. In order to find out the origins of NDMA, they were looking for a special compound named dimethylamine that formulates the backbone of NDMA.

If you smash one molecule hard enough, it will break into a fragment,” explained lead author and ASU environmental engineer David Hanigan.

The next step was to figure out whether methadone could pass from wastewater to drinking water sources. So they tested 10 drinking water sources from all around the U.S. and Canada. For obvious reasons the locations were not published. However, these weren’t rivers or streams in the middle of nowhere. People are drinking this water, Westerhoff said.

The findings of the research showed that half of the drinking water samples contained detectable amounts of methadone — in the range of tens to hundreds of nanograms. According to researchers, this methadone content would be too low to get a person high, but more than enough to spawn a risky level of NDMA.

The purpose of this study is to show the contrast between known public health benefits of methadone-taking patients and the potential exposure of millions of people to physiologically relevant levels of carcinogenic NDMA in chloraminated drinking water.

Of course, it is not an option to stop prescribing methadone since it is very important in the treatment of chronic pain and heroin addiction. On the other hand, chloramine disinfectant produces fewer negative chemical byproducts than chlorine, so it is increasingly used in waste management.

According to Richardson, one possible option involves attacking pharmaceutical pollution before it reaches your lips. A good alternative is to use activated charcoal — known as granular activated carbon —which can filter organic matter and pharmaceuticals from the water without adding any more chemicals.