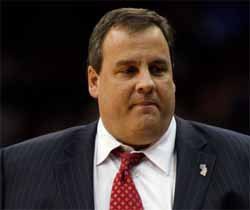 The Big Three television networks, namely NBC, ABC, and CBS, have devoted 34 minutes and 28 seconds of coverage to Governor Christie’s George Washington Bridge scandal, according to an analysis by the Media Research Center.

This amount of time may not sound like much, but in reality, it is. Media Research Center has also calculated the media coverage of President Obama’s IRS scandal over the last six months, and it totals a meager two minutes and eight seconds

This means that in a single day, the Big Three networks covered the bridge scandal 17 times more than they covered the IRS scandal in 6 months.

The Media Research Center said, “While routinely burying new stories on the IRS scandal, the media practically fell over themselves to start taking shots at the potential 2016 Republican presidential nominee.”

NBC News covered the scandal for more than 14 minutes and 14 seconds, CBS covered it for over 12 minutes and 27 seconds, and ABC ran four stories over a total run time of seven minutes and 47 seconds.

In stark comparison with the Big Three’s coverage of the Bridge Scandal, NBC, CBS, and ABC spent five seconds, a minute and 41 seconds, and 22 seconds on the IRS scandal respectively.

The scope of the bridge scandal is being blown out to epic proportions, with news hosts such as Brian Williams spinning the story and saying things such as, “In a jam. A big problem for a man with big ambitions. Tonight, how a traffic nightmare on the world’s busiest bridge has spilled into a full blown scandal with the power to damage Chris Christie’s political future.”

The bridge scandal is certainly detrimental to Governor Christie’s credibility going forward, but news networks are playing it up as the next Watergate scandal.

Conversely, the media has been downplaying the IRS scandal over the past six months, and has even ignored new leads and updates on the whole ordeal.

Media Research Center notes, “In December, House investigator Darrell Issa announced that the FBI and IRS chief counsel is stonewalling the investigation. In October, newly obtained e-mails showed that the scandal-plagued Lois Lerner, the woman at the center of the controversy, illegally gave Tea Party tax info to the FEC. That same month, it came out that an IRS official may have given confidential information to the White House.”

All of these stories were completely buried by ABC, CBS, and NBC, which displays the complete double standard that exists in today’s media environment.

Considering how much they have already covered Christie’s bridge scandal in a single day, it is expected for the Big Three coverage of the topic to continue with no end in sight.