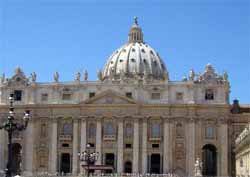 While news media outlets have been focusing on President Obama’s meeting with the Pope by discussing the contradiction between the White House and Vatican officials over what was discussed, another more important question to the millions of Catholics in the world is: Did the president lie to the Pope Francis when discussing religious liberty and Obamacare?

At a joint press conference with Italian Prime Minister Matteo Renzi, President Obama said that while the subject of Obamacare was not discussed in detail, the two of them did discuss concerns the Holy See had over religious freedom in America.

Family Security Matters reported that Obama said that during a second meeting later that day with the Vatican’s secretary of state, “we discussed briefly the issue of making sure that conscience and religious freedom was observed in the context of applying the law.”

He went on to say that when he met with Cardinal Pietro Parolin, the Vatican secretary of state he said, “I explained to him that most religious organizations are entirely exempt [from the contraceptive mandate]. Religiously-affiliated hospitals or universities or NGOs simply have to attest that they have a religious objection, in which case they are not required to provide contraception, although those employees of theirs who choose are able to obtain it through the insurance company.”

“And I pledged to continue to dialogue with the U.S. Conference of Bishops to make sure that we can strike the right balance, making sure that not only everybody has health care but families, and women in particular, are able to enjoy the kind of health care coverage that the ACA offers, but that religious freedom is still observed,” he said.

However, the actions his administration has taken in regards to the contraception mandate do not line up with his statements to the Vatican.

His administration has been fighting the Little Sisters of the Poor, a Catholic order of nuns over the mandate which he claims Christians are exempt from. The organization did not receive an automatic exemption from the mandate and is currently fighting the Obama administration in court over the issue. The use of contraceptives is expressly prohibited in Catholic teaching, yet the administration has said it will exempt the group only if it agrees to hire a third party to dispense the contraceptives, which include drugs that cause abortions, to their employees.

Additionally, in the Supreme Court case Hosanna Tabor v. the EEOC the administration argued that churches do not have special rights under the First Amendment that are any different from any other group, but merely have association rights similar to that of labor unions. The case involved whether a church can set its own standards of morality as a condition of employment.