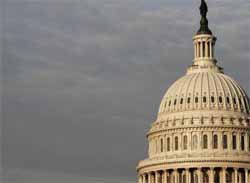 With an increasing number of doctors refusing to accept Medicaid and Medicare patients because the government reimbursement rates are so low, a Virginia Democrat now wants to force doctors to accept these patients regardless of what the government pays out.

The Mason Conservative is reporting that Democrat Kathleen Murphy, who is running for the state House of Delegates against Barbara Comstock has told a forum in Great Falls that the government should force doctors to accept Medicare and Medicaid patients.

A source reported that while attending the Great Falls Grange Debate, Murphy said that since many doctors are not accepting Medicaid and Medicare patients, she advocates making it a legal requirement for those people to be accepted.

The two programs are administered by the state and federal governments to provide “free” health care to those qualifying for the programs. Currently, evidence suggests that the vast majority of those signing up for Obamacare through the healthcare exchanges are signing up for Medicaid, which is run by the states, rather than actually purchasing insurance that they will pay for.

If this trend is not reversed experts are warning that Obamacare could suffer what has been called a “death spiral” where the program is not able to sustain itself by not having enough paying customers.

In an attempt to curtail healthcare costs, the federal government’s solution is to slash the amount it reimburses physicians for procedures they perform. In many instances the payments are so low that doctors are losing money by seeing patients on Medicare and Medicaid. Because of this a growing number of doctors are simply refusing to see patients covered under these programs.

By opting to not accept this insurance, patients are put in the unenviable position where although they may have insurance, they have nowhere to go to use it. This problem is particularly problematic in rural area.

As problems with the implementation of the president’s signature healthcare law continues to result in problems for consumers who are finding their existing insurance plans cancelled, critics have said the problems are exactly what the administration wants in order to bring about its ultimate goal of single payer healthcare, which essentially puts everyone on Medicare and Medicaid whether they want it or not.

The president has gone on record saying that is his ultimate goal.

Senate Majority Leader Harry Reid (D-Nev.) has also said the goal of Obamacare is to transition into single payer.

During an appearance on a Friday night appearance on Las Vegas’ PBS program titled “Nevada Week in Review” Reid said the country needs to “work our way past” insurance companies providing health care and that Obamacare was intended to just be a step in the direction to having the government provide all health care.

“What we’ve done with Obamacare is have a step in the right direction, but we’re far from having something that’s going to work forever,” Reid said.

When pressed by panelist Steve Sebelius as to whether Reid meant Obamacare was intended to move the country to a system where it has a health care system that abandons the notion of private health insurance, Reid replied in the affirmative, saying “Yes, yes. Absolutely, yes.”