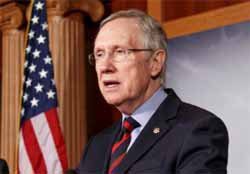 Changing a Senate rule that dates back to the history of the Republic, Democrats have assured that President Obama essentially has a rubber stamp for nearly any appointment he desires to make and ignore the concerns of Republicans.

The Constitution gives the president the right to make judicial and other appointments, but with a caveat; it must be done with the “advice and consent” of the Senate. In 1789, the Senate passed a rule that required a two-thirds threshold, or currently 60 votes to end debate on a nominee before coming up for a vote.

In 2013, the Senate voted to confirm over 250 of the president’s nominees and only rejected two, which amounts to an approval rate of over 99 percent. In spite of this, Senate Majority Leader Harry Reid felt that the approval rate was not high enough and passed a rule lowering the threshold to end debate to a simple majority.

With Democrats being in control of the Senate, the rule change essentially means the president is now able to have a rubber stamp for any of his nominees, regardless of how radical or controversial their ideology might be.

During the previous administration, Democrats opposed Republicans who said they were considering a similar move, arguing it would be a power grab that would prevent the minority from having a say in presidential nominations.

However, it now appears Democrats have had a change of heart.

Obama, himself a former senator, supported the repeal of the 224 year old rule, saying that “enough is enough,” regarding opposition to his appointments.

In a statement on the rule change, the president echoed a familiar theme that because he was reelected it meant voters have signaled they wholeheartedly approve of his full agenda and any opposition is against the will of the people.

Filibusters that prevented two of his nominees from being confirmed are opposing the “the policies that the American people voted for in the last election,” the president said.

Following the change, Senate Minority Leader Mitch McConnell (R-Ky.) said the rule change amounts to a power grab by Democrats who are not wanting any opposition to their policies, but they need to be careful what they wish for because it come back to haunt them if Republicans are able to capture the majority in 2014.

“We’re not interested in having a gun put to our head any longer,” McConnell said, adding: “Some of us have been around here long enough to know that the shoe is sometimes on the other foot.”

“You may regret this a lot sooner than you think,” he said.