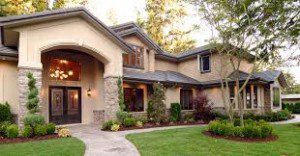 Mortgage credit was slightly more available in May than in April, according to the Mortgage Bankers Association (MBA) on Thursday. Its Mortgage Credit Availability Index (MCAI) moved up 1.14% to 115.1 compared to 113.8 in April.

The index, which is benchmarked to 100 in March 2012, is up slightly due to increased availability of jumbo mortgages, as well as some investors lowering credit scores required for FHA loans.

This is some good news amid the year’s weak home sales, particularly as mortgage access is improving not just for upper-income borrowers but also home buyers who plan to obtain an FHA loan.

Prior to the housing crisis, FHA loans accounted for 5% of all mortgages, which grew to 40% in 2010. Jumbo loans, meanwhile, have become more common in 2014 with loosening restrictions. In 2012, only 16% of jumbo loan applicants were denied, down from 2008, when 30% of applicants were denied. The largest jumbo lenders in the United States are Wells Fargo, JPMorgan Chase, and Bank of America.

Jumbo loans and FHA loans represent opposite ends of the mortgage spectrum: jumbo mortgages are high-value loans used by higher-income borrowers with strong credit, while FHA mortgages have low down payment and credit requirements and are often used by first-time buyers and moderate income buyers.

Including the increase in May, credit availability still remains well below housing bubble levels. According to MBA, its credit gauge would have been at a peak of nearly 900 in 2006. The slight increase is also not enough to reassure experts that strict lending standards will not continue to hold back home sales. First time buyers still make up a much lower-than-average share of home sales, in part due to the fact that credit availability is still tight.

The share of new single-family homes sold to first-time home buyers over the past 12 months hit just 16% in May, according to the National Association of Home Builders. This compares to 20% in June 2013. In terms of existing home sales, first-time buyers accounted for 29% of sales, down from a long-term average of around 40%.

The MCAI is calculated with data from AllRegs Market Clarity as well as a proprietary formula by the MBA. It considers many factors of borrower eligibility, including loan type, credit rating and loan-to-value ratio taken from a survey of 85 investors and lenders.