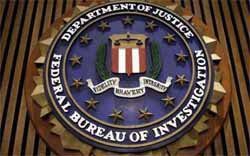 U.S. Rep. Frank Wolf R-Va. fired off a scathing letter to the new director of the FBI after an Inspector General’s report provided to Congress revealed that FBI agents deliberately violated a policy to avoid interactions with a Muslim group with known ties to terrorist organizations.

In the aftermath of the court case, the FBI issued a ban on non-investigative cooperation with the Islamist group. Prior to this, CAIR was frequently used by the FBI as an expert on Islam.

In a classified report, Inspector General Michael Horwitz uncovered a series of incidents where FBI field offices knowingly engaged in outreach activity with CAIR despite the ban. In the report’s summary which has been made available to the public, it reveals that several of the FBI field office agents-in-charge balked at the policy and chose to deliberately disobey it

“[W]e will decide how our relationship is operated and maintained with CAIR barring some additional instruction from FBI Headquarters,” the Los Angeles Special Agent in Charge wrote. “Please instruct your folks at this time that are not to abide by the … [policy] but that their direction in regards to CAIR will come from the LA Field Office front office.”

Following receipt of the Inspector General report, Wolf fired off a scathing letter to James Comey, the FBI’s new director. In the letter Wolf called the violations “intolerable” and demanded punishment for those responsible up to and including “separation from the FBI.”

The Los Angeles SAC, Wolf added, exhibited “unacceptable and insubordinate behavior from a senior leader of the FBI.”

“Despite repeated efforts to communicate the policy to the field,” Wolf wrote, “this was undermined by conflicting guidance being inexplicably offered by the bureau’s Office of Public Affairs as well as outright violations from several field offices.”

A similar thing happened in New Haven, the report finds. Officials in that field office helped organize a community outreach program despite knowing that two local CAIR officials were involved. Rather than obey the FBI policy, they agreed to cancel the role in organizing the event. Inspector General noted that the Office of public Affairs advised the field office that this type of interaction was acceptable, despite several memos sent out by the previous FBI director over the years saying it was not.