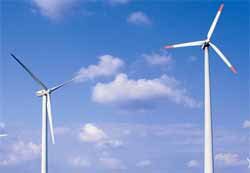 House Republicans are seeking information on whether the Obama administration is once again choosing which laws to enforce or not by granting what are essentially waivers to wind energy farms to kill eagles while fining oil and gas companies for similar deaths.

Forbes reported that on March 11, a subpoena was issued to the U.S. Fish and Wildlife Service by the House Natural Resources Committee over documents related to the Migratory Bird Act Treaty and the Bald and Golden Eagle Protection Act. The records requested include every case file for each incident that has occurred since 2009.

The issue came up as a result of recent revelations that the Obama administration was going to essentially be giving wind farms an exemption from the law for eagles that die from flying into the fast moving blades. The president has long heralded wind energy as an alternative to the current oil and gas industry.

The Los Angeles Times reported that the administration would be allowing some wind powered companies to kill or injure bald and golden eagles for up to 30 years without facing any penalties.

Under current law, permits for wind farms are valid for five years, during which if there is an excessive amount of eagle deaths, they could face the possibility of not having their permits renewed. However, under the new rules the permits would be valid for 30 years.

“Instead of balancing the need for conservation and renewable energy, Interior wrote the wind industry a blank check,” National Audubon Society President David Yarnold said in a statement. “It’s outrageous that the government is sanctioning the killing of America’s symbol, the bald eagle.”

Committee chairman Doc Hastings (R-Wash.) said they issued the subpoena last May and accused the agency of stonewalling Congress on the information in what is a “deliberate 10 month slow roll.”

“There are legitimate concerns that the administration is implementing these laws in an arbitrary fashion,” Hastings said. ”We are also interested in learning about what role cooperation between the administration and wind development plays in making these decisions.”

Dan Ash, director of the Fish and Wildlife Service, said the reason for the delay is it just takes too much time to get the information since they must review each document to ensure there is not personal or confidential information in the reports. He went on to say he currently has 125 employees working on the subpoena. He told the committee last week that “The time you gave me to respond to that subpoena is completely unreasonable. We cannot physically respond to it.”

After the story came out, the administration finally took action when it was announced in November that Duke Energy pled guilty to killing eagles and other birds at wind farms and paid a $1 million fine.