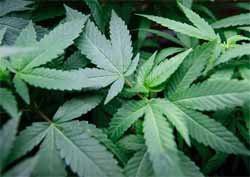 Supporters of legalizing marijuana have argued that one of the benefits of legalization is that it would lower crime by putting suppliers out of business, however, proponents failed to realize that those profiting from the illicit drug trade had no intention of meekly giving up a lucrative business.

Last week, USA Today reported that a federal investigation is raising concerns that the drug cartels are moving in to take advantage of the Colorado marijuana industry’s rising profitability.

Last November, the federal government conducted a series of raids on over a dozen dispensaries and grows operations. Authorities are now gathering evidence they say will prove Colombian drug cartels are taking advantage of state laws to launder money.

With marijuana still being illegal at the federal level, pot dealers are forced to deal in mostly cash transactions, since banks are unwilling to permit them to open accounts for fear or running afoul of federal laws. With the large amount of cash changing hands, it would be relatively easy to use a marijuana business as a front for laundering money.

Tom Gorman, director of the Rocky Mountain High Intensity Drug Trafficking Area, said there is also money to be made from selling pot purchased legally in Colorado on the black market in states where it remains illegal and can be sold for twice as much.

“You have a very desirable product with 48 other states that are potential customers. My God! What a market that is,” he said. “Our intelligence tells us, and all indications are (drug cartels) are going to move in if they haven’t already.”

Gorman said the problem is that the cartels are “ruthless,” and they have “no sense of morality.” In Mexico the cartels have killed thousands, and are in control of entire regions. Gorman says he believes the cartels will attempt to keep a low profile here, and are unlikely to engage in the type of brutal tactics seen south of the border.

There is evidence to suggest that Mexican drug cartels have been in Colorado for some time. In 2010, the Greeley Gazette reported that Greeley was among a list of 200 US cities that had the presence of drug trafficking organizations.

According to a 2007 Congressional Research Service Report for Congress, these Mexican cartels are “starting to show the hallmarks of organized crime, such as organizing into distinct cells with subordinate cells that operate throughout the United States.”

The report states that while Mexico accounts for only a small share of worldwide heroin production, it supplies a large share of the heroin consumed in the U.S. It is estimated 90 percent of the cocaine entering the United States comes from Mexico. The country is also the main foreign supplier of marijuana, and a major supplier of methamphetamine to the United States.

There is evidence the organizations are increasing their relationships with prison and street gangs in the United States in order to facilitate drug trafficking. According to the 2010 National Drug Threat Assessment published by the NDIC, the two gangs in Greeley, the Norteños and Sureños, are associated with the Sinaloa and Tijuana drug trafficking organizations.

According to the FBI, the Mexican drug organizations focus only on wholesale distribution, leaving retail sales of illegal drugs to the street gangs. They reportedly work with multiple gangs and do not take sides in U.S. gang conflicts. The Mexican cartels have also been tied to human and arms trafficking, auto theft, and kidnapping.

A detective with the Greeley/Evans gang unit confirmed that drugs are what drives the gangs in Greeley, and that there are no turf wars. He said the Norteños will hang out with the Sureños if either can sell the other drugs.  He went on to say that methamphetamines are what drive the drug trade in Greeley.