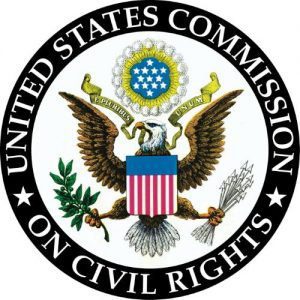 In a letter last week, Peter Kirsanow of the US Civil Rights Commission, called the Obama administration on the carpet for creating a no-win situation for African-American men in the job market. In his letter, Kirsanow warned President Barack Obama that granting temporary amnesty and/or work permits to millions more illegal immigrants via executive action would further harm Black men looking for work, saying that Obama’s timing would be devastating to American workers, particularly those of African American ethnicity.

“Any grant of legal status will serve as a magnet to prospective illegal immigrants and further depress employment opportunities and wages for African Americans,” he wrote in the letter. “Given that the labor force participation rate is at an historic low, the unemployment rate is 6.2 percent, and there has been a precipitous decline in household wealth, the timing for such a grant of legal status could not be worse.”

“Well-regarded scholars from leading universities and independent groups” who “were ideologically diverse … acknowledged that illegal immigration has a negative impact on black employment, both in terms of employment opportunities and wages,” Kirsanow went on to say.

Citing the fact that almost half the African-American and three-quarters of illegal immigrant Hispanic men have no education beyond high school, Kirsanow claims that illegal immigration has a disproportionate impact upon Black job seekers because there are more of them in the low-skilled work force, creating a serious inequity as both Blacks and Hispanics would be in direct competition for already scarce jobs.

“This is unsurprising,” he said, “When you incentivize bad behavior, you get more of it.”

“In one part of the executive branch, the EEOC (Equal Employment Opportunity Commission) issues misguided policies in an attempt to increase employment opportunities for African-American men, and in another part of the executive branch, you prepare to issue an executive order that will decrease employment opportunities and wages for those very same African-American men,” he said.

To grant blanket amnesty for newly-arrived Central American Illegals, as the President has hinted he would do if Congress fails to pass Immigration Reform, “will necessarily disproportionately benefit people who are Mexican and Central American, which means that it will disproportionately disadvantage other ethnic groups,” he added. “In other contexts, this would be considered a violation of Title VII.”

Title VII is that part of the Civil Rights Act of 1964 that prohibits employment discrimination based on race, color, religion, sex, and national origin.