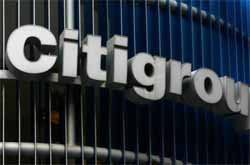 The regulator of Fannie Mae and Freddie Mac announced on Thursday that Citigroup Inc. paid $250 million to the two firms to settle a lawsuit about soured mortgage securities.

Ally, GE, and Citi previously settled claims, but none disclosed the terms.

The bank is one of several leading lenders in the U.S. sued over their role in risky mortgage loans which were packaged and sold to the government-backed Fannie and Freddie. Other banks that have repurchased their loans from the two firms include Bank of America, Wells Fargo, and JPMorgan Chase.

Citigroup is now trying to regain the amount spent in the settlement, adding new customers while trying to increase interest income from loans. It is also following a strategy many lenders are shying away from: investing heavily in commodity items.

These three banks are among 18 sued in 2011 for misleading Fannie and Freddie, the largest provider of housing insurance in the country, into buying over $200 billion in mortgage-backed securities.

Six banks have settled the accusations. Citi and GE were the first to resolve claims at the beginning of 2013, but the FHFA kept the terms confidential while negotiating other settlements.

The United States has now recouped almost $8 billion through settlements, according to the housing regulator. In 2013, Freddie and Fannie collected $7.9 billion from large banks to settle mortgage-backed security claims, and the deals involved seven financial institutions, among them JPMorgan Chase, Citigroup, and Deutsche Bank.

In one case, Wells Fargo paid $335 million to settle allegations and avoid a lawsuit by the regulator.

The bad loans purchased by the two firms nearly caused them to fail in 2008. The federal government then seized Fannie and Freddie, giving them a total of more than $187 billion to stay afloat so they could continue their support of the mortgage market.

The firms have since turned around their finances, paying the government more than $185.3 billion in dividends so far under the bailout terms. The settlements last year helped the two return to profitability.

The FHFA is still pursuing lawsuits against eleven financial institutions, including Goldman Sachs and Bank of America.