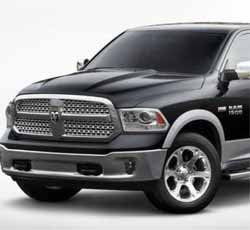 While the National Highway Traffic Safety Administration has been pushing Chrysler to recall Ram trucks for fuel tank issues, the automotive maker has announced it will be recalling many of its trucks in the series, but not for a different reason.

The company has announced it is recalling 45,961 Ram 1500 4X4 trucks built between June 26, 2014 and Feb. 5, 2013 over concerns their electronic stability control systems may not turn on when the vehicles are started.

The electronic stability control helps the vehicles, which have a high center of gravity, stay upright and maintain the fight direction in the event the driver quickly swerves or otherwise loses control of the truck. If the system is disabled the risk of a serious crash is increased.

According to Chrysler they began investigating the problem after getting some warranty complaints. The company emphasized that to date no accidents or injuries have been reported due to the electronic stability problems.

The company says the problem is the result of a software glitch that could possibly disable the electronic stability control when the trucks are started.

The news comes on the heels of the National Highway Traffic Safety Administration wanting Chrysler to voluntarily recall over 2.7 million of its Jeep brand.

The government has been pressuring the automaker to recall the vehicles after the NHTSA claimed it has data that the vehicles may be prone to fire in the event of a crash due to the placement of their fuel tank. Thus far the company has refused to issue a recall saying their studies have shown the dangers from an explosion such as the government has reported will occur “less than once for every million years of vehicle operations.”