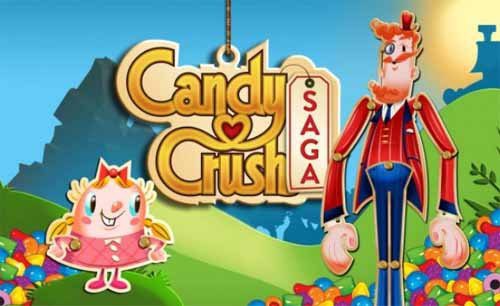 The popular mobile and online game ‘Candy Crush Saga’ now turns 1 year old. Within just a year, the game has been installed by over 500 million users across Facebook and various mobile/online devices. This makes it among the most successful and popular games introduced to mankind in history.

Its developer, King, is logically all raves about the massive success of ‘Candy Crush Saga.’ In a statement, it thanked its community of gamers for showing continued enthusiasm for the game. However, it declined to make any comment on speculations that the popularity of the game has prompted it to plan for a public listing.

King also advised the game’s loyal players to expect a number of surprises in the coming weeks. The company said the first anniversary celebration of ‘Candy Crush Saga’ would roll out new updates and several in-game treats for its fans globally. King declined to give further details about those plans but hinted that one of those is a new and exciting twist to the popular game.

‘Candy Crush Saga’ has been an instant hit since its launch. It displaced Zynga’s ‘Farmville 2’ as Facebook’s most popular game in January. That means it has made massive waves just about two months following its launch. It has remained on top since then.

It is still available as a free gaming download through iTunes App Store, Amazon Appstore, and Google Play Store. Players could join the first anniversary celebration on Facebook and Twitter through using the #candycrush1year hashtag on their posts.

It is not the only title from King but it has clearly become the company’s most precious. The game developer is behind other mobile games like ‘Pet Rescue Saga’ and ‘Bubble Witch Saga’ as well as other Facebook games like ‘Pyramid Solitaire Saga’ and ‘Farm Heroes Saga.’

The game developer also shared several insights into the success of ‘Candy Crush Saga’ particularly about gamers’ habits and trends. Aside from having half-a-billion downloads to date, the game has already been played up to 150 billion times today. It is estimated that on a global scale, one Facebook user in every 23 is a fan of it.

King revealed that up to 78% of its loyal fans in the US usually play the game while they watch TV at the same time. Moreover, in the country, the game is most played from 6 p.m. to 9 p.m. Players also spend more time enjoying it on Sundays.