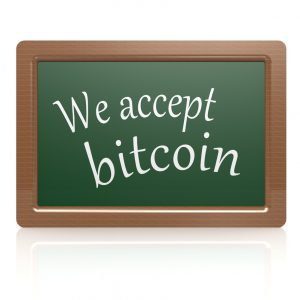 We accept bitcoin black board

Braintree, a division of PayPal (NASDAQ:EBAY), has completed their integration of Bitcoin into their payment processing solution. The company’s software development kit has now integrated Coinbase into its system, making Bitcoin payments fast and easy.

Customers must have a Coinbase account to make any purchase using Bitcoin through the system.

Braintree has announced that Bitcoin is growing in popularity. A company spokesperson has stated that solutions to integrate the virtual currency is in high demand.

Impact from the integration is yet to see an impact.

Integration of the currency has been on the rise in recent months. As consumers see bitcoin as a viable alternative to traditional currency, usage is expected to rise. Bill Ready, the chief executive at Braintree, has been vocal about bitcoin in the past. Ready has stated that his company would like to bring bitcoin to the mainstream.

Braintree has several big named clients, such as Uber and OpenTable. Integration of bitcoin may pave the way for consumers to pay for their next Uber ride through bitcoin or even reserve a table at their favorite restaurant.

The company, as of the third quarter of 2014, had 85.7 million users utilizing Braintree for single-click payments.

Bitcoin integration is deemed “complete,” but merchants should note that bitcoin acceptance is still in beta stages. Merchants that want to accept bitcoin will need to opt in for the beta as stated on the company’s blog.

Braintree is a major payment processor. Acceptance of bitcoin into the system will allow the currency to grow as adaption has been a major hurdle for merchants in the past.