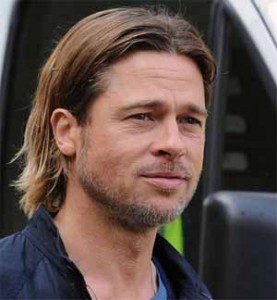 Brad Pitt has again affirmed his bankability as a lead actor in a movie. The 49-year-old Hollywood icon has spent the past several weeks traveling to different countries for the aggressive promotion of ‘World War Z.’ His efforts have paid off after the film defied all expectations and turned out to be a box-office phenomenon based on its opening weekend figures.

The action-packed zombie thriller had a strong opening weekend after grossing better-than-expected $66.4 million across the US alone. Internationally, the movie earned an additional $45.8 million. The figures make it certain that the $190 million production budget for the entire flick could easily be recouped in the coming days and weeks. The original budget of $175 million had to be increased due to reshoots, which were cited for the delay of its screening from December 2012 to June 2013.

What’s next for the movie and for Pitt? According to well-placed sources, Pitt and Paramount Pictures have already agreed to develop and shoot an anticipated sequel for the apocalyptic zombie thriller. The actor co-produced the movie with the film outfit through his own Plan B company.

Conceptualized as a trilogy

Insider reports indicated that ‘World War Z’ was originally intended to become a three-part series of films, as it would follow the flow of the novel with the same title, authored by Max Brooks. However, the plan to make the trilogy was reportedly abandoned when the production ran significantly above the budget. It is an irony that now, the producers may be set to resume the original plans to make the movie a new franchise.

‘World War Z’ has failed to beat ‘Monsters University, which had an $82 million weekend debut in North America. But it was a big surprise for everyone that its box-office performance turned to be overwhelming. In fact, it was the strongest opening weekend ever for a movie that stars Pitt. It also became the best opening figure for a non-franchise original and live-action film since 2009, when ‘Avatar’ was released.

According to analysts, Pitt has to be commended for contributing greatly to the promotion of the movie. Aside from his stellar performance in the flick, he also personally spearheaded publicity push through attending advanced screenings globally and even showing up at fan events to create a buzz for the movie.

Pitt’s efforts along with the film’s initial box-office success have negated all the bad publicity ‘World War Z’ endured since its production started in 2011. Interestingly, its sequel would pick up from where it successfully ended.