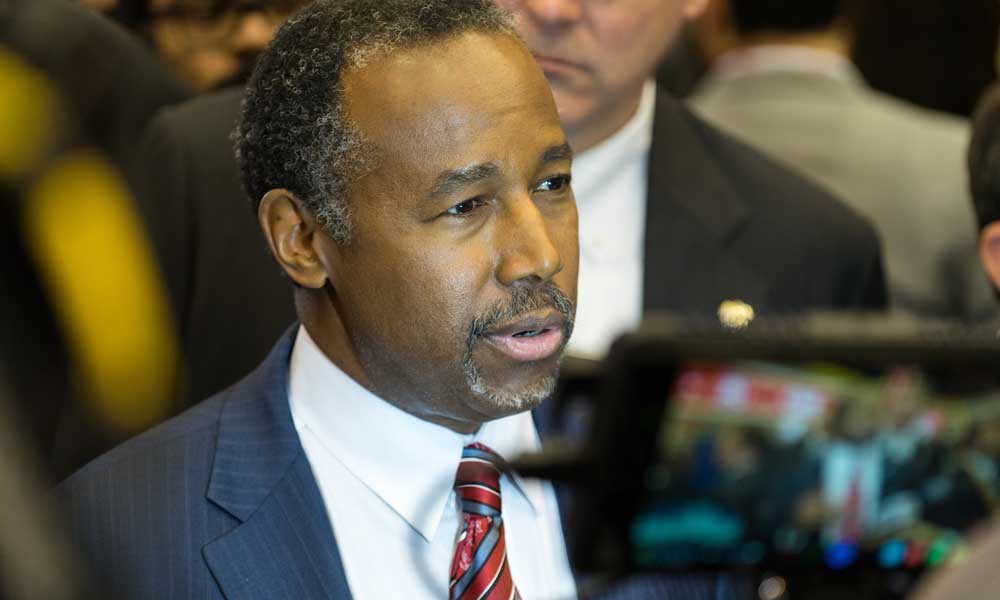 President Donald Trump and his administration released his proposal budget on Thursday, a move that was hinted at over a week ago. The budget is complete with a proposed $6.2 billion cut in funding for the Department of Housing and Urban Development.

HUD issued a statement in support of the budget cuts, after the budget proposal was announced, saying:

Today, the Administration proposed a Fiscal Year 2018 spending blueprint for discretionary programs in several agencies across the Federal Government, including the U.S. Department of Housing and Urban Development. The blueprint reflects the President’s commitment to support HUD’s critical functions that provide rental assistance to low-income and vulnerable households and to help work-eligible families achieve self-sufficiency. It also recognizes a greater role for State and local governments, and the private sector to address community and economic development needs. Moreover, the spending plan supports the longstanding homeownership mission of the Federal Housing Administration to provide mortgage insurance to credit qualified households. A more detailed program-by-program budget proposal will be announced in May.

However, in that statement, there was no comment or reaction from the new HUD Secretary Ben Carson. But, he is in favor of the budget cuts, reported HousingWire.

HUD issued a short statement late Thursday, and Carson said that the budget furthers the Trump administration’s view of how HUD should be operated.

“The budget also promotes fiscal responsibility at HUD by promoting better efficiencies and leveraging IT modernization,” Carson continued. “I look forward to working with the President and remain keenly focused on HUD’s mission and core values.”

However, the tone of this response from Carson contradicts his tone last week when rumors of the major budget cut began circulating. When the budget figures were leaked, Carson attempted to calm the fears of HUD staff by saying that the numbers in the email were simply “preliminary numbers” and likely to change.

Carson’s email stated: Today you may have read preliminary HUD FY18 budget negotiations in national media reports. Please understand that budget negotiations currently underway are very similar to those that have occurred in previous years. This budget process is a lengthy, back and forth process that will continue. It’s unfortunate that preliminary numbers were published but, please take some comfort in knowing that starting numbers are rarely final numbers. Rest assured, we are working hard to support those programs that help so many Americans, focus on our core mission, and ensure that every tax dollar is spent wisely and effectively.

But as it turns out, those numbers leaker were correct. Now, the only thing standing between the Trump and the budget cut is if the budget passes or not.