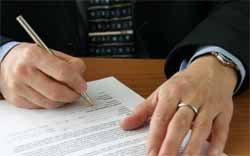 Very few nontraditional mortgages that contributed to the financial crisis are still on the market, and lenders have even greater incentive to avoid them now that the Consumer Financial Protection Bureau’s new rules defining safe mortgages is in effect.

While the Qualified Mortgage standard went into effect over a week ago, one type of loan it excludes — interest only mortgages — will remain common for wealthy borrowers purchasing expensive homes.

Banks do not seem worried about their well-off customers missing payments. As high-end home prices continue to rise, they have also once more embraced jumbo mortgages, including interest-only jumbo loans.

Bank of America recently announced more than one-third of its fourth-quarter mortgages were jumbo mortgages, up from 23% in the first quarter. Bank of America and other major lenders have said these borrowers can afford traditional loans but want to maximize their available cash. Some take the loans for the tax deduction on the first $1 million per year in mortgage interest payments.

Wealthy home buyers and investors who want more cash for other ventures are turning in great numbers to interest-only jumbo loans to take advantage of lower payments during the initial interest-only period.

Bank of the West also announced last week that it will continue making interest-only mortgages. “Our risk group did an extensive review, analyzing performance by loan type,” said Wendy Cutrufelli, vice president of mortgage sales at the bank. “They came out at the back end and said we’re good on interest only — you can continue to offer them.”

Interest only mortgages contributed to the financial crisis when they were mass marketed as affordable products and sourced in large numbers to millions of borrowers who could not or would not pay them in the long run.

Still, interest-only loans made to wealthy consumers have held up well in general. While some banks, including Bank of the West, offer the loans to borrowers who need a smaller loan, the majority are jumbo loans — too large to sell to Fannie Mae and Freddie Mac.

The Consumer Financial Protection Bureau, created under the Dodd-Frank Act, was charged with defining a new class of safer mortgages — qualified mortgages. These loans cannot include high-risk features like interest-only periods. When lenders make home loans that do not fall into the qualified mortgage category, they will not receive the same legal protection. The loans cannot be sold to Fannie or Freddie, so banks must keep them on the books.